Beyoncé has unexpectedly released a surprise self-titled ‘Visual Album’ featuring 14 new songs and 17 new videos, exclusively on iTunes ($15.99). According to industry sources, the surprise album featuring guest appearances from the likes of Frank Ocean, Drake, and Jay-Z, sold over 80,000 copies in just three hours after its release (via Billboard). 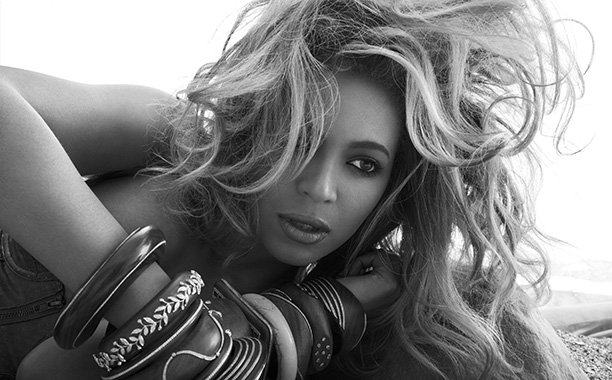 The iTunes exclusive album features an accompanying music video for each song alongside three additional clips. The album also contains a duet with husband Jay-Z and a cameo from daughter Blue Ivy. Customers are not allowed to purchase any of the 14 tracks individually, not at least till December 20. So far, no set date has been announced for the CD release to physical retailers or of its availability on other digital download sites.

Update: The album is already in the number 1 spot in iTunes in Canada: 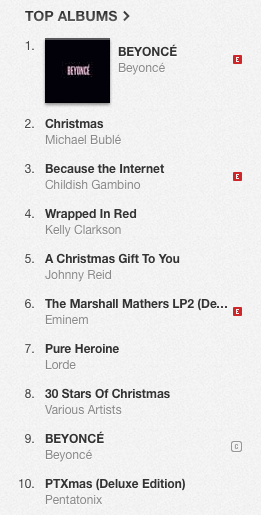 Tom Neumayr, a spokesman for Apple said the album is already the top seller in the 10 biggest music markets including the U.S., Japan and U.K., in an email to Bloomberg.