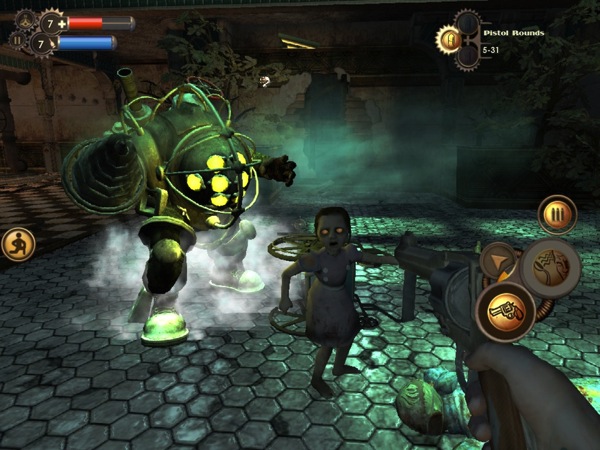 Publisher 2K is set to port over the highly popular BioShock to the iPhone and iPad, as the company’s team in China will bring over the original game to iOS.

Prepare to return to Rapture! #BioShock is coming soon to iOS devices. pic.twitter.com/5cqcxyxKRK

Touch Arcade has a massive 30-minute hands-on video of the game being played on an iPad Air by 2K’s Casey Coleman, associate producer of the project. BioShock will support MFi controllers, and the last half of the demo below was played with one.

If you’re really familiar with Bioshock there won’t be much here you haven’t seen before, this is the Bioshock you know and love, but it both looks and runs like a dream on iOS hardware.

The demo below shows some pretty unreal graphics—hard to believe it’s being played on an iPad Air:

There was no specific timeline for the release, but BioShock is expected to debut sometime this summer in the $10-20 price range. Who’s excited for this?