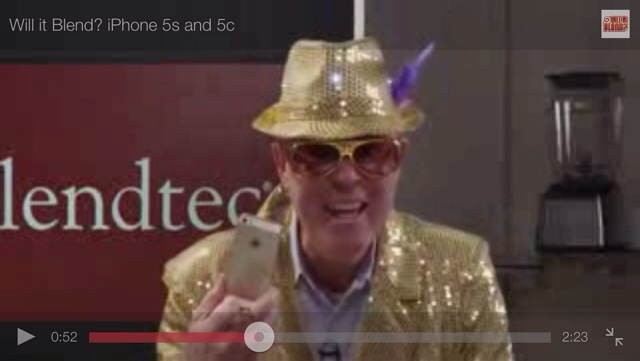 Blendtec has released their annual “Will it blend” video, this time featuring the new iPhone 5s and iPhone 5c. Check it out below but not if you get queasy easily because it’s not pretty: