BMW to Charge $80 for Apple CarPlay via New Subscription Model in U.S.

While Apple CarPlay and Android Auto are slowly becoming standard features in most car manufacturers (Honda comes to mind), Germany’s BMW charges American iPhone customers $300 USD (it’s $750 CAD in Canada as part of the ‘Smartphone Connectivity Package’, which requires a Premium Package) to get the service as an add-on. Now, it appears CarPlay is going to continue to cost you in your BMW. 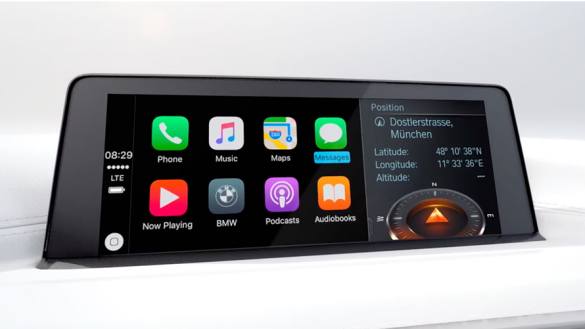 The Verge spoke with Don Smith, technology product manager for BMW North America, at the ongoing 2018 Detroit Auto Show today. According to Smith, CarPlay will soon move to a subscription model after offering the first year for free:

After that, owners would be asked to pay $80 per year to keep the service. Over the course of a three or four-year lease, it would still work out to less money than the option is now, he said.

CarPlay arrived last year as an option, while wireless CarPlay debuted with the 5-series and iDrive 6.0.

Android Auto is unavailable for BMW for now, but Smith confirmed Google Assistant will be coming to new models in 2018, along with Amazon’s Alexa.

There’s no word if the American subscription CarPlay model will make its way into Canada, but for now, it appears BMW has no plans to offer CarPlay to iPhone customers for free in either country.