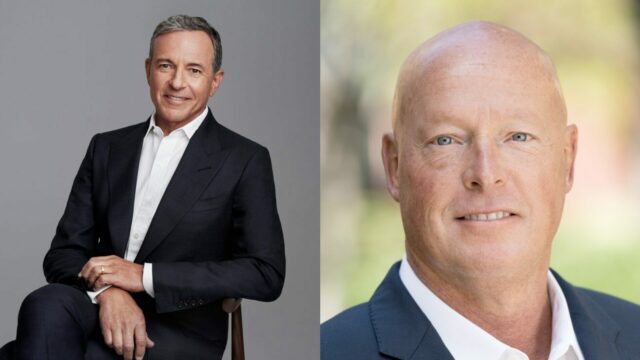 Bob Iger is once again stepping into the role of CEO of The Walt Disney Co. News of this comes as the company announces that current CEO Bob Chapek will be stepping down from his position.

According to reports via TechCrunch, Iger is set to take over as CEO effective immediately. The Walt Disney Co. confirms that there will be no additional changes to the company’s board. Chairman Susan Arnold confirms that she will continue to serve in this position. Arnold also wrote a press release confirming the news of Chapek’s departure.

“We thank Bob Chapek for his service to Disney over his long career, including navigating the company through the unprecedented challenges of the pandemic. The Board has concluded that as Disney embarks on an increasingly complex period of industry transformation, Bob Iger is uniquely situated to lead the Company through this pivotal period,” Arnold wrote.

Iger first became the CEO of The Walt Disney Co. in 2005. Over his 15-year tenure as CEO, Iger oversaw major acquisitions which have shaped Disney as we know it. Iger was largely responsible for Disney acquiring Marvel Studios, LucasFilm, Pixar, and 21st Century Fox. Quickly following the acquisition of 21st Century Fox in 2019, Iger announced his departure.

“Disney and its incomparable brands and franchises hold a special place in the hearts of so many people around the globe—most especially in the hearts of our employees, whose dedication to this company and its mission is an inspiration. I am deeply honored to be asked to again lead this remarkable team, with a clear mission focused on creative excellence to inspire generations through unrivaled, bold storytelling,” Iger said in a statement.

Chapek was to step into the role of Disney CEO on February 25th, 2020. However, Iger’s mandate was extended until the end of 2021 to assist in the transitional period. Chapek has worked with Disney since 1993. His career has largely been held as the chairman of Walt Disney Parks and Resorts. Since stepping into the role of CEO, Chapek has often been criticized. Over the 11 months of Chapek’s reign, Disney’s stock value has waved significantly. He was also overseeing the developments of Disney+ throughout COVID-19, when theatrical films were put onto the streaming service with its “Premiere Access” fee. Chapek also took a passive stance against Florida’s “Don’t Say Gay law,” which was heavily criticized by Disney’s creative talent and stars.

More news on Iger’s transition back into leadership is said to come today and into the next coming weeks.