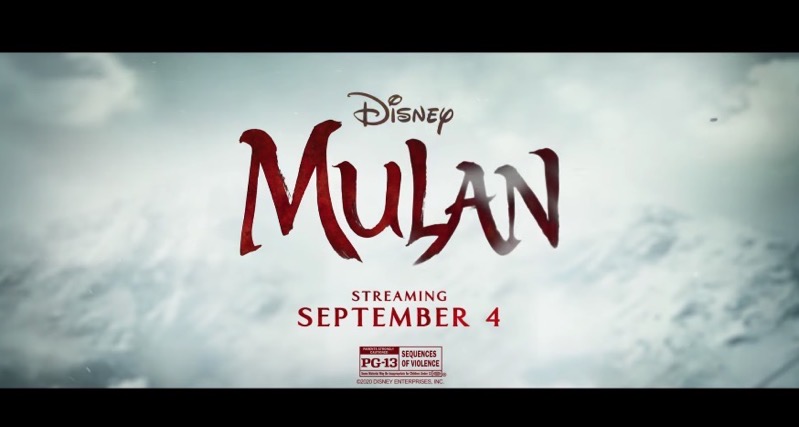 Disney+ has released a new featurette to promote the upcoming release date for the motion picture remake of Mulan, set to stream in Canada and beyond on September 4, 2020.

Mulan will cost $29.99 USD to stream in the United States, so the $34.99 CAD pricing in Canada is below current exchange rates. 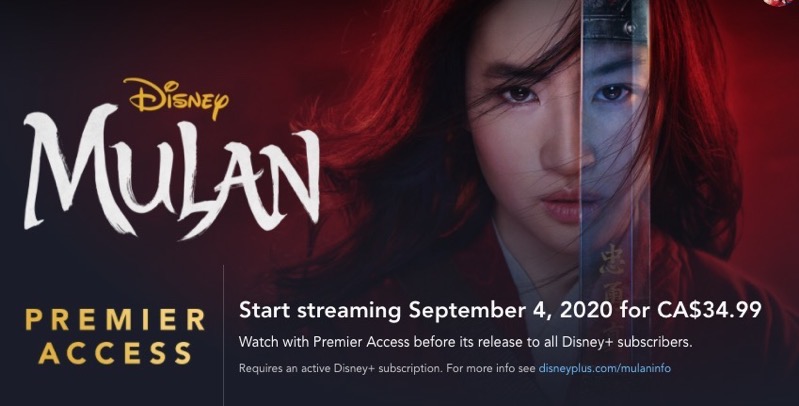 The new featurette for Mulan has director Niko Caro describing her experience in making the movie. Check it out below:

Mulan was originally set to debut in theatres, but with COVID-19, that nixed the plan and now it will launch exclusively on Disney+. While the $34.99 price may seem steep, Disney is comparing that to a cheaper experience versus going to theatres for a family.

Many users are already seeing Disney advertise the price of Premier Access for Mulan in Canada via the web and on Google. “Watch as many times as you like,” is the angle to justify the $34.99 cost.

Below is the synopsis for Mulan, according to Disney:

Acclaimed filmmaker Niki Caro brings the epic tale of China’s legendary warrior to life in Disney’s “Mulan,” in which a fearless young woman risks everything out of love for her family and her country to become one of the greatest warriors China has ever known. When the Emperor of China issues a decree that one man per family must serve in the Imperial Army to defend the country from Northern invaders, Hua Mulan, the eldest daughter of an honored warrior, steps in to take the place of her ailing father. Masquerading as a man, Hua Jun, she is tested every step of the way and must harness her inner-strength and embrace her true potential. It is an epic journey that will transform her into an honored warrior and earn her the respect of a grateful nation…and a proud father.

Once your kids see Mulan plastered all over the featured areas of the Disney+ app on September 4, there’s a high probability you’ll be pressured into paying Disney to stream it immediately.

Click here to sign up for Disney+ and get ready to stream Mulan in Canada when it releases on September 4, 2020.