Boxcar 2 Now Available for Download in the App Store

Boxcar 2, the free personalized push-news inbox for your iPhone, is now available in the App Store with an iOS 7 revamp and the ability to use the service without creating a Boxcar account, which was mandatory in the app’s previous versions. The developers are calling the all new Boxcar 2 “a first step and just the beginning”, while promising regular incremental updates to further improve the application. 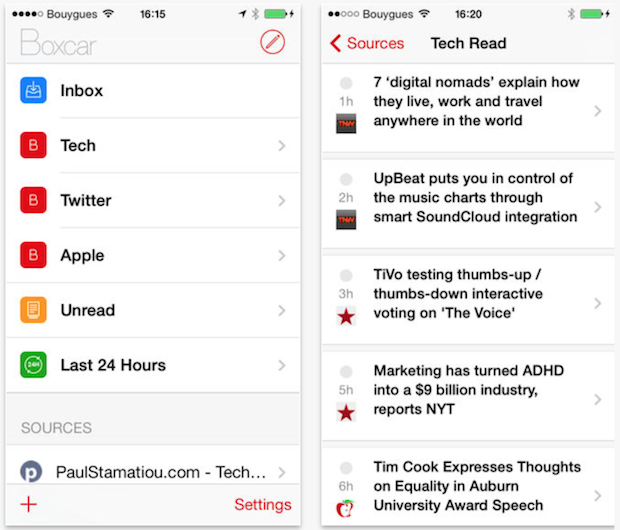 According to the official blog, the Boxcar 2 application that has been released in the store is not the app what the developers had in mind. “It is far from perfect”, they say adding that it is however “doing what it does better than the previous one”. The developers note that the most critical part of their vision is to regain the trust of the Boxcar community. “We learned in the process of building this new Boxcar app that its users are amazing. They truly loved Boxcar and felt let down when it collapsed”.

“We have achieved the first step demonstrating our commitment, but we need your help for the next steps. We need your feedback. In return we will deliver anything that can help you live a better life with your mobile in a way that fit our long term vision.

As an example, it is important to build a service architecture that scale, both in term of performance, but also in term of discoverability. It does not make sense to simply put a list of services in the app like before and we think we have a better way. Trust us.”

Since Boxcar 2 now uses a different publishing model, allowing users to be able to use Boxcar without an account, an update to the Boxcar IFTTT channel will also be released soon. Furthermore, the developers have already submitted notifications for the Mail app to Apple for approval.

For those interested in sharing their feedback, there’s a dedicated site for the Boxcar community: http://boxcar.uservoice.com.

To grab the free app, hit up the following App Store link: