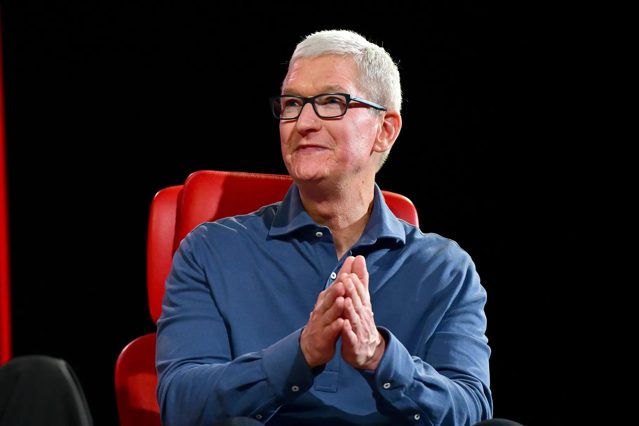 The person who asked the question, Vox Media’s LiQuan Hunt, was complaining that his mother can’t see the videos he sends her. “I don’t hear our users asking that we put a lot of energy in on that at this point,” Cook said. “I would love to convert you to an iPhone,” he continued.

Users who have tried sending a video from iOS to Android using their regular text messaging app know how the videos come out completely fuzzy on the other end.

It all comes down to a lack of interoperability between iMessage and RCS, both messaging systems that could allow higher-quality images and videos — if they worked together.

While it may seem silly, the bubble color in iMessage that distinguishes Android (green) users from fellow iPhone users (blue) has become a point of contention.

A few weeks back, Google launched a campaign to publicly shame Apple into adopting the RCS standard, which clearly has had no effect on Apple CEO.