The folks over at Forbes tested an iPhone X and four flagship Android smartphones with facial recognition capabilities to see how easy it would be to break into them using a 3D-printed head. As expected, all of the Android devices opened with the spoofed face whereas the iPhone X and Face ID proved to be impenetrable. 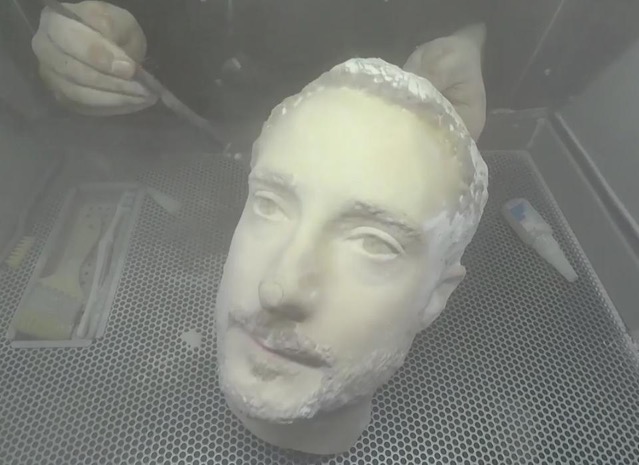 For the test, they used a 3D model of a real-life head to register for facial recognition across the five smartphones — an iPhone X, an LG G7 ThinQ, a Samsung S9, a Samsung Note 8, and a OnePlus 6. The life-sized head was constructed with a 3D printer that builds up layers of British gypsum powder, and then some final touch-ups and colourings were added.

I then held up my fake head to the devices to see if the device would unlock. For all four Android phones, the spoof face was able to open the phone, though with differing degrees of ease. The iPhone X was the only one to never be fooled.

Apple’s investment in its tech – which saw the company work with a Hollywood studio to create realistic masks to test Face ID – has clearly paid off. It was impossible to break in with the model.

Microsoft’s new Windows Hello facial recognition also didn’t accept the fake head as real, suggesting the two most valuable companies in the world are offering the best security by far.