Cadillac Fairview has today announced the launch of its new mobile app LiVE by CF, which has been designed to enhance the Canadian shopping experience, at home or in CF shopping centres, while helping Canadian retail recovery and supporting emerging consumer preferences.

Available in both English and French, the LiVE by CF app offers access to 65+ retailers and thousands of searchable products across 19 CF shopping centre properties across Canada, with plans to add more retail partners and brands. Upcoming releases will add additional features that matter the most to Canadian consumers and retailers alike. 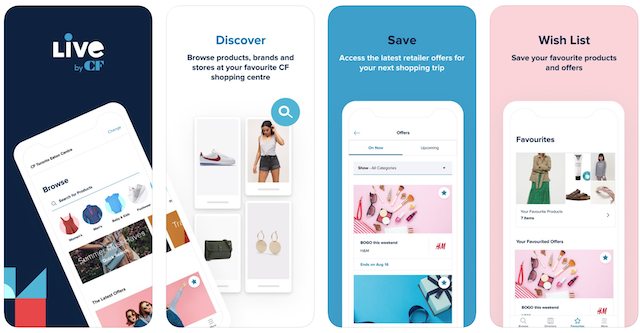 Key retail partners at launch include Roots Canada, SoftMoc, and Mackage among others.

“We set out to address retailer and consumer pain points across the entire shopping journey from discovery to delivery. Armed with those insights and today’s accelerated pace of change we have an opportunity to move up the launch of products that were on our future development roadmap,” said Jose Ribau, Executive Vice President, Digital & Innovation, Cadillac Fairview.

The LiVE by CF app is available now in the App Store at the following link.