With this morning’s release of iOS 8.4, Apple has revealed its Apple Music pricing in Canada. The new Music app is showing prices that are the same as our American neighbours (YES!), at $9.99 for Individual and $14.99 for Family plans: 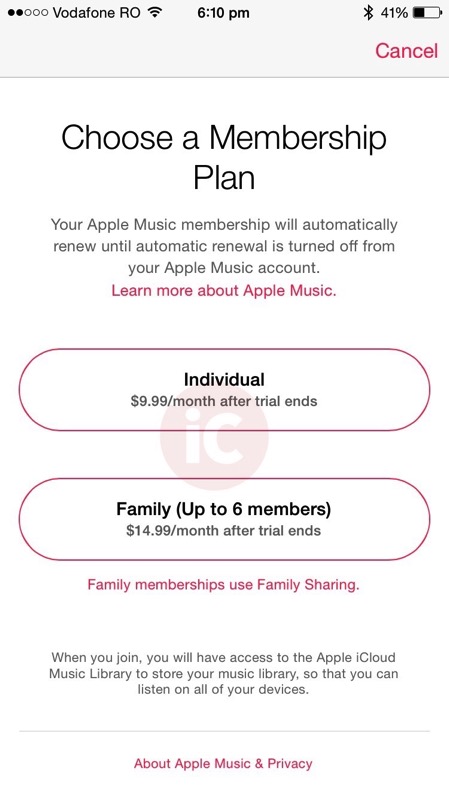 This competitive pricing puts Apple Music right in the mix against competitors such as Spotify, Rdio and Deezer. Apple Music is set to launch at 9AM PDT. Get ready!