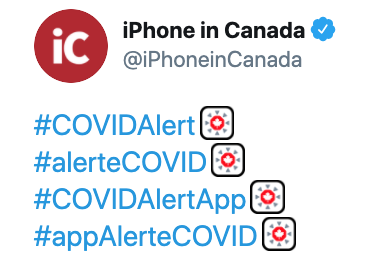 When you use any of the following hashtags in English or French, you’ll see the COVID Alert app icon on Twitter:

As of October 28, COVID Alert has been downloaded 4.9 million times, with over 2,800 people voluntarily entering in one-time keys.