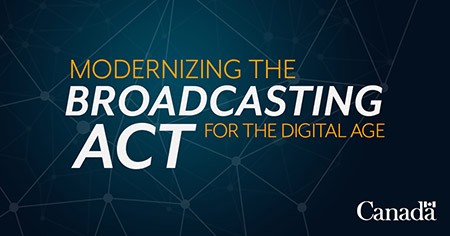 Canadian Heritage today announced it plans to regulate streaming services such as Netflix, “to ensure that Canadian content producers and creators are well supported” and that “online broadcasters must contribute their fair share.”

“Canadians have a right to recognize themselves in the music they listen to and the television they watch. We are proposing major changes to the Broadcasting Act in order to ensure online broadcasting services that operate in Canada contribute to the creation, production and distribution of Canadian stories,” said Steven Guilbeault, Minister of Canadian Heritage, in a statement.

Amendments, according to Prime Minister Justin Trudeau’s government, will be made to the Broadcasting Act to:

In other words, the federal government wants online streaming services to contribute to Canadian programming. This essentially would be a move to put online streamers in line with what traditional cable is required to do.

With these amendments, it means companies such as Netflix, Disney+ and more could be forced to invest over $800 million into Canadian creators, music and stories by 2023, says the government. Companies such as Apple Music and Spotify would be affected.

Let’s be honest here—Canadian programming is terrible. I never seek out Canadian specific content on Netflix or anywhere else. Nobody I know does that, ever.

University of Law Professor, Dr. Michael Geist, sums up this situation perfectly below:

The creation of a CRTC-approved Netflix seeks to solve a problem that does not exist. The truth is that “discovering” Canadian content on Netflix only requires typing Canada into the search box. That immediately generates a Canadian Movies and TV section that features many shows and movies. Typing “Canadian” generates tabs for Canadian TV Shows, Canadian Movies, and Critically-acclaimed Canadian Movies, Canadian TV Comedies, and much more. For years, the Canadian cultural sector has claimed that Canadians want access to Canadian programming. If true, that provides Internet streaming services with all the incentive they need to ensure that they offer Canadian programming and that it is easy to find. With no long term commitment and plenty of competition, subscribers will leave if they do not find programming that appeals to them. If the culture sector is right, their success in Canada is directly linked to offering Canadian programming and ensuring that their subscribers are able to find it. In this scenario, it is not regulation that drives access to Canadian content but rather subscriber demand.

When was the last time you loaded up Netflix, Apple TV+, Disney+ or Prime Video and went searching immediately for Canadian shows and movies?