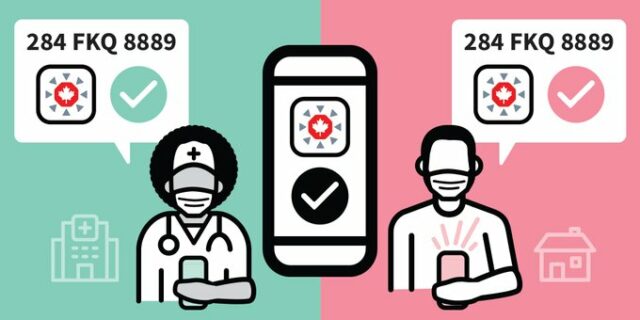 Canada’s $20 million COVID Alert app has apparently been abandoned by the federal government, according to Newfoundland and Labrador’s John Haggie, speaking to the media Wednesday morning on Zoom.

The MHA-Elect for the District of Gander and Minister of Health & Community Services, responded to a question about COVID Alert codes and whether they were still being issued to people who tested positive for coronavirus or not.

Haggie responded by saying, “the federal government gave up on COVID Alert app some time ago, several months before Christmas in actual fact.”

He added the federal government “stopped supporting it and they stopped updating their dashboard.” According to Haggie, “the uptake was so low that the effort to maintain those sites was unreasonable given the fact it was yielding so little.”

Looking at Canada’s COVID Alert app website, the last time it was updated to show how many people were using the app was December 6, 2021, showing 6,784,430 app downloads across 9 provinces and territories, with 37,312 one-time keys issued.

Alberta, British Columbia, Nunavut and Yukon currently do not support COVID Alert, which has definitely resulted in low use of the app. The app also is only available on iOS and Android and some older phones cannot support the app.

Earlier this week, it was reported the COVID Alert app only saw 869 people report in the app for November, with one-time codes that they had tested positive for COVID-19.

Canada spent $15.9 million on promoting and advertising COVID Alert, according to documents seen by The Canadian Press back in July, while $3.5 million was spent on the development and maintenance of the app, launched back in September 2020.

Newfoundland and Labrador Premier Andrew Furey said schools will start virtual classes on January 4, 2022, with week-to-week reassessments, as COVID-19 cases are spiking in the province, now at 1,111 active cases.

We’ve reached out to the federal government to confirm Haggie’s claims on the COVID Alert app’s apparent demise, and will update this story accordingly.

Update Dec. 29, 4:12pm PT: Health Canada spokesperson told iPhone in Canada in an emailed statement the Government of Canada “still supports the COVID alert app.” The spokesperson said data on how many people are using the COVID Alert app is updated on its website “on a monthly basis”. Our original story can be seen above.

Update Dec. 31: According to Newfoundland and Labrador’s Department of Health and Community Services speaking to the Winnipeg Free Press, Haggie did not have the most up-to-date information when he claimed COVID Alert had been abandoned.

“The department said it had been assured the app “remains active” and encouraged residents to continue using it,” said the WFP.