For the longest time, Canadians could only salivate at online shopping deals when it came to electronics and more from the USA, as duty-free limits were at a paltry $20 CAD (since $1985). Also, the tax threshold amount increases from $20 to $40 CAD.

But with the new United States-Mexico-Canada Agreement (USMCA), duty-free shopping limits have been raised to $150 CAD, paving the way to more savings in the future. 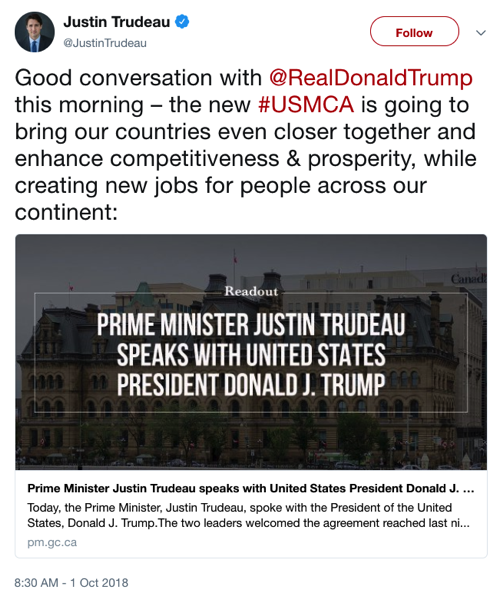 What does this mean? It will result in Canadians being able to shop online for more goods from the U.S., particularly electronics items and smartphone accessories, without fearing dreaded duty being applied to their package. We’ve all experienced duty being slapped on online orders from the U.S., and when it happens it kills any deal, eliminating savings.

With this new higher $150 duty-free limit, it also means packages ordered online could also arrive quicker to Canada, as customs agents will not need to apply paperwork for purchases below the new amount.

According to CTV News, there is a caveat though, as the new higher threshold limits say they only apply to goods sent via “express shipments”, and does not go into any other detail.

This wording has online retailers like eBay questioning what it means, as it could suggest packages sent through regular mail will still have the old $20 duty limit applied.

Andrea Stairs, eBay’s general manager for Canada and Latin America, told CTV News, “At this point, there seem to be many open questions and it is unclear whether Canadian consumers will meaningfully benefit from this change, or whether small businesses will see improved competitiveness and predictability.”

The change in the duty-free limit is being seen as good for consumers, as Canadian retailers will be forced to compete and lower prices, to retain local shoppers from spending their money online for U.S. purchases instead.

When will this new $150 duty-free limit become reality? Today? Not so fast, buster.

U.S. Congress will have 60-days to review USMCA and if that passes, we could see the deal signed before the first of December. Mexico’s outgoing President, Enrique Peña Nieto, will ink the deal at the end of next month, before his successor takes office on December 1.

Once the new $150 duty-free limit goes into effect, it’ll open up deals from eBay and Amazon.com more than ever before. Sure, those really close to the border still can get their packages sent to U.S. forwarding addresses and depot services (like those close to Point Roberts, WA, for example). But for the rest of us, cheaper accessories for your Apple products could be coming, with the fear of duties being imposed on smaller purchases eliminated.