A pair of former Apple engineers have revealed how Steve Jobs helped drive the research and development team and what surprised them with the first-time iPad. 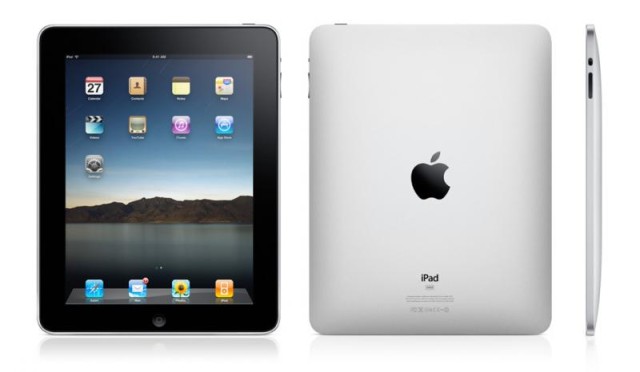 In a new interview with Input, Imran Chaudhri and Bethany Bongiorno, former Director of Design for the HI team and Software Engineering Director, respectively, reflect widely on the development process behind Apple’s tablet.

The extensive interview started out with questions related to how Apple saw the iPad, and what the direction was:

We always had a good understanding of where we wanted the iPad to be in people’s lives. The story of the iPad goes way back beyond before the phone. It started out as this project called Q79. Q79 was the product that was built around multitouch exploration. So we were, at the time, looking at “How can we actually move computing forward? What’s wrong with the Mac? And what’s keeping it from being really, really more responsive and more direct?” A lot of those questions are answered in terms of “How do we actually achieve a more direct and more responsive input through multitouch?” and that program was built around creating a product line called Q79.

Notably, they spoke about the lack of any cameras on the original iPad.  And when the iPad did gain cameras, Apple was surprised how many people actually used them.

Bongiorno: We talked about the hope that it would be kind of this photo frame, like ‘“How are they going to get the photos on it?” We actually didn’t believe that people would walk around taking pictures with their iPad. It was actually a funny internal conversation when we started seeing people outside taking their iPad with them and taking photos on vacation. I don’t think we actually thought people would use it that way — and they ultimately did.

Chaudhri: But the [iPad] camera is super funny. That’s the other thing that we didn’t anticipate being so big. But it was a segment of the population at the time that really was using the camera more than anything else. So I remember very clearly at the 2012 Olympics in London, if you looked around the stadium, you saw a lot of people using an iPad as a camera and generally that was people that just needed to have a bigger viewfinder for vision reasons, etc. Then seeing that, we went back in and redesigned the camera experience on the iPad — recognizing that this is going to be a thing that we just can’t get people away from because they want this larger viewfinder.

Chaudhri on the device’s future:

I think it’ll be interesting for all of us to watch and see how Apple evolves the iPad. But, you know, I think one of the struggles that customers have with the iPad right now is really trying to figure out what role it plays in terms of a portable class computer. You have a traditional desktop computer or a traditional laptop computer — and where does the iPad fit in? You know, I would hope and I think they would continue to evolve it to a point where the iPad does end up doing a lot more that the Mac [currently] does and that the Mac redefines itself as more of a professional tool and the iPad defines itself as more of a mass consumer computing platform. I think that would be almost like a natural progression.

Bongiorno on a regret:

I would say one regret is that it became really hard after we shipped the iPad to continue to push it forward in the way that I think Imran and myself and others at the company really wanted to. The gravity of the phone was so big — and it still is so big, right? It makes it really hard.

Bethany and Imran are now the founders of start-up Humane and said that whilst they’re still operating in “stealth mode”, but that we’ll be hearing from then in 2020 for sure.

Check out the entire (worthwhile) interview over at Input.