Citing sources from related upstream suppliers, DigiTimes is claiming that Apple is working on a new, inexpensive 9.7-inch iPad priced at around US$259, which will be released as early as next year. The report adds that Apple expects the cheaper iPad to attract more demand from price-oriented consumers, allowing the company to maintain its present 10 million-unit tablet shipments a quarter in 2018. 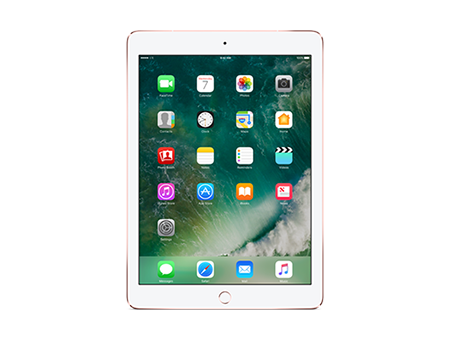 The Cupertino tech-giant has been experiencing weakening sales for its iPad amid saturation in the tablet market. With Android-based tablet shipments also seeing a decline, most second- and third-tier brand vendors had already stepped out of the market. The report notes that many Chinese-based tablet manufacturers have shifted their focuses to other product lines after Intel stopped providing subsidies for using its CPUs.

With the new device, the sources expect the tablet market to witness a new wave of price competition among first-tier players including Samsung Electronics, Amazon, Huawei and Lenovo.

The sources pointed out that Apple’s new iPad may arrive in the second quarter of 2018 and in addition to regular consumers Apple is also looking to expand the inexpensive iPad into the industrial and service sectors.

The report notes that Apple is likely to outsource the production of the new iPad to Compal Electronics, while the device’s PCB orders will be given to Unitech Printed Circuit Board and Compeq.