Chromecast with Google TV Leaks Ahead of Launch in Canada [Update]

Google’s new Chromecast with Google TV has leaked, with many spotting the device for sale in the United States as far back as last week.

Now, ahead of Google’s special event tomorrow, a reliable source from a Canadian retailer has shared images of the new Chromecast with Google TV, showing localized and English and French marketing on its box, confirming it will be available in Canada as well. 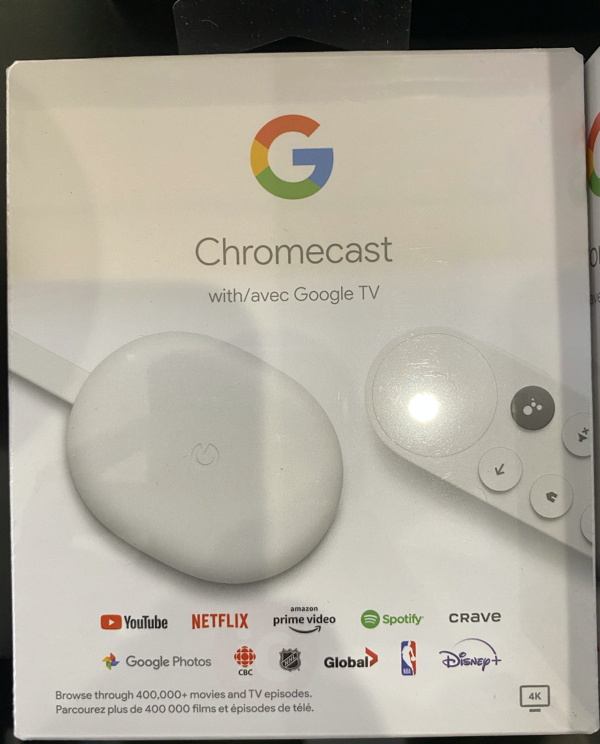 The front of the box is similar to other leaks we’ve seen online, but here it reads, “Chromecast with/avec Google TV” showing bilingual marketing. There are also logos from YouTube, Netflix, Amazon Prime Video, Spotify, Google Photos, Disney+, along with regional content offerings like CBC, NHL, Global and Crave. 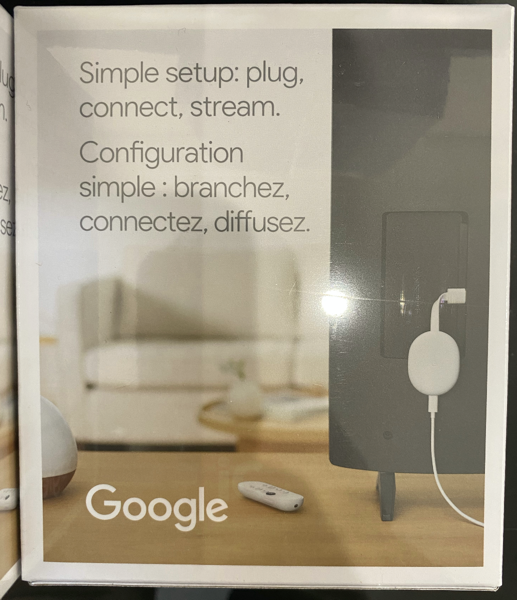 The back of the box shows an image of the new Chromecast plugged into the back of a TV, along with the new remote. “Simple setup: plug, connect, stream,” explains the message.

“Discover 400,000+ TV episodes and movies, and access your apps—all in one place,” explains Google’s box. “Get recommendations and see where they’re available to stream.”

The Chromecast box also details support for HD and 4K HDR, while noting it has Bluetooth, Wi-Fi and works with Android and iOS. The included remote looks to be a voice remote based on the image of the Google Assistant icon on one of the buttons.

Pricing for this new Chromecast leaked in the U.S. as $49.99 USD, or about $67 CAD after exchange. The Chromecast Ultra current is sold for $90 CAD on Google’s online store, while the regular Chromecast is $39.99 CAD.

We’ll have coverage of Google’s announcements tomorrow, at its special event set for 11AM PT/2PM ET, so stay tuned.

Update Sept. 30: The Source is listing the Google Chromecast 4K with Google TV for purchase at $69.99 CAD, to be released on October 15, 2020. This info is up before the Google event. 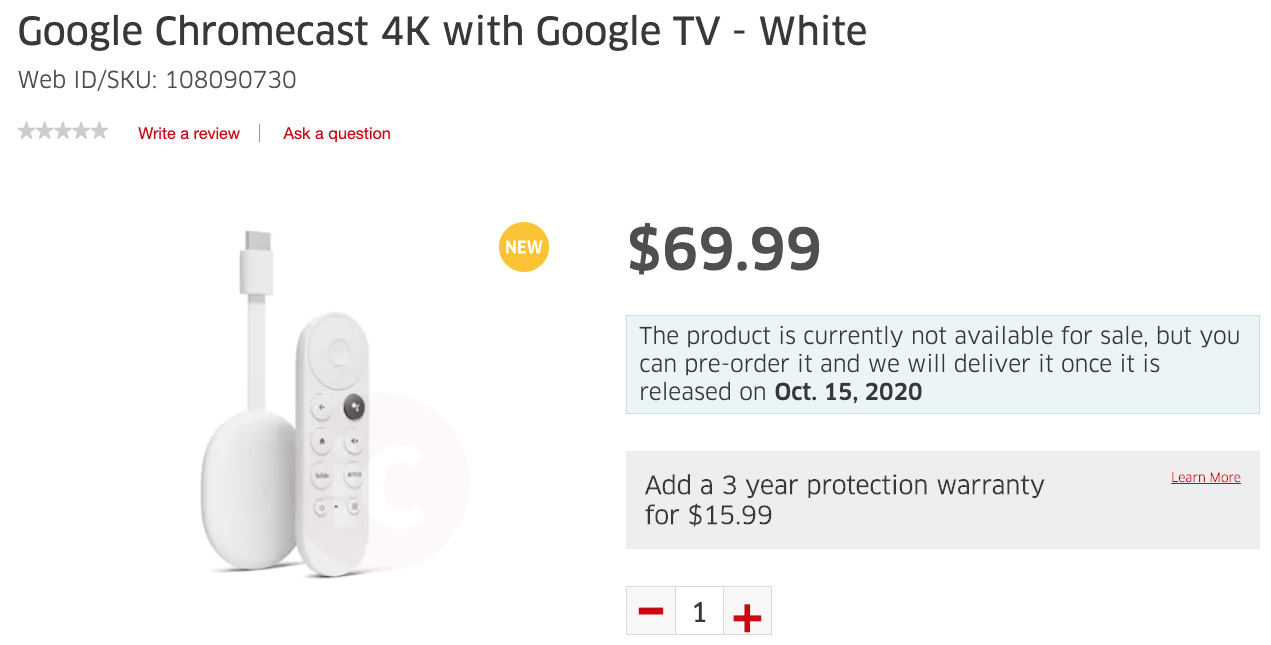 Google appears to be working on a new web browser for iOS based on the tech giant's own Blink engine instead of Apple's WebKit, in violation of the App Store Review Guidelines — reports The Register. The in-development browser was referenced in a recent Chromium bug report, but Google says it won't actually release it....
Nehal Malik
4 mins ago