When it came to mobile banking functionality and usability, CIBC’s app gained the top scores, while also earned the best usability scores in a worldwide global benchmark. 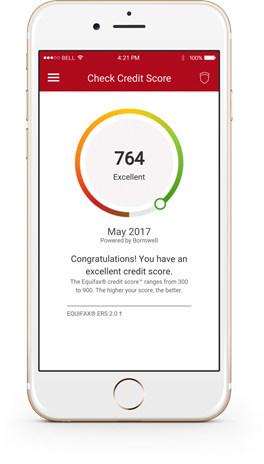 Forrester says the CIBC mobile banking app has “best-in-Canada cross-channel guidance and navigation”, while other added offerings such as ordering foreign cash, buying precious metals and booking appointments at branches, for example, were also noted as “key areas of strength”.

CIBC was also applauded for having the largest range of mobile touchpoints, plus supporting all devices from smartphones to tablets to wearables such as Apple Watch.

“We believe Forrester’s recognition speaks directly to how CIBC continues to build a complete end-to-end personalized mobile banking experience that puts the client first,” said Aayaz Pira, Senior Vice President, CIBC Digital Retail & Business Banking. “We are continually working to innovate for our clients including enhancing and building new mobile-driven solutions so they can access modern convenient banking, how and when they want.”

CIBC Mobile Banking for iOS added free Equifax credit score checks earlier this month, in what was called a first from a Canadian bank.

Elon "Chief Twit" Musk on Thursday announced another move in his ongoing reform of Twitter, saying that the company will soon start telling users if they have been "shadowbanned" on the social network and providing them with an avenue to appeal the restriction. The news comes after journalist Bari Weiss published the second installment of...
Nehal Malik
2 mins ago