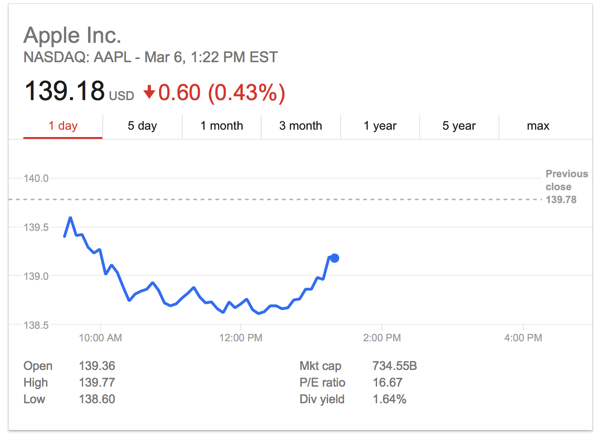 Since the start of 2017, Apple stock (AAPL) has seen a 20% increase, with a total increase of around 35% over the past one year. Today, Citi’s Jim Suva has argued in a research report that although Apple’s stock is trading near its all-time highs, “it isn’t necessarily too late to buy the stock”.

The Wall Street analyst maintained a Buy rating for AAPL, while boosting the price target to $160 from a previous $140 (via MacDailyNews).

Suva argued that Apple’s next leg of growth will come from the upcoming iPhone 8 super-cycle and longer-term prospects in new markets such as India. These two headwinds alone will drive Apple’s sales and earnings per share and support an expansion in the valuation multiple of Apple’s stock.

Suva continued that Apple’s stock is currently trading at a 14.5x multiple or 12.5x multiple when removing its massive cash hoard.

By comparison, the market as a whole is trading at an 18x multiple, which implies Apple’s stock could see a sustainable multiple expansion over time.

Suva is the latest analyst to become incrementally bullish on Apple’s stock, thanks to company’s encouraging earnings reports, the support of billionaire investor Warren Buffett and Wall Street’s incremental support of the stock.