A simple new app called Lean by Tiny Whale discovered by the folks over at MacStories, lets you convert or ‘clean up’ Live Photos captured using an iPhone 6s / 6s Plus into normal, still photos by removing video from them. The app is available as a free download in the App Store, and enables you to save a Live Photo as a static one with no video and original metadata intact.

Using the Lean app, you can select multiple Live Photos at once and then clean up with the tap of a button. The app saves a static version of the photos in the same position as the original without creating a copy, while also keeping EXIF, GPS, and Creation Date data after the conversion. The app also tells you how much storage you’ve saved and even allows you to peek at Live Photos from the main view. 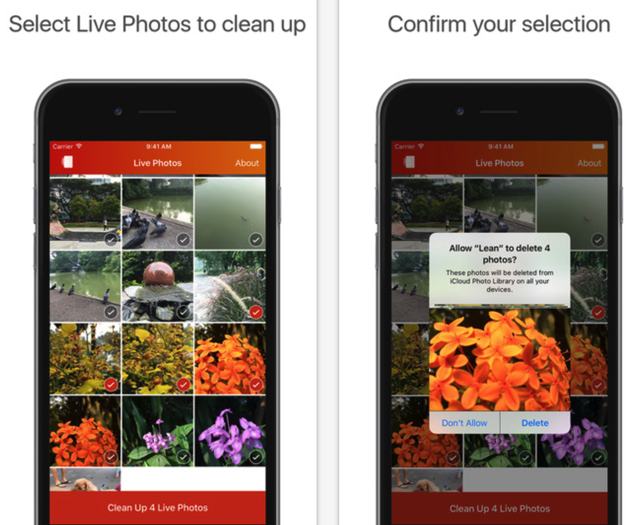 So if you need to clean up your Live Photos without losing any metadata, grab the Lean app for free at the following App Store link:

According to a report by MacRumors, Apple has updated its battery replacement policy for the sixth-generation ‌iPad mini‌, allowing customers to get their batteries replaced without requiring a device replacement. Prior to the announcement, if a customer wanted to get their iPad mini 6 battery replaced, Apple Stores, authorized service providers, and repair centers will give those...
Usman Qureshi
10 mins ago

A new Apple support video has detailed how you can use the iPhone's Safety Check feature to disconnect your device from people, apps, and devices you no longer want to be connected to. You can use Safety Check to check whom you’re sharing information with, restrict Messages and FaceTime to your iPhone, reset system privacy...
Usman Qureshi
21 mins ago

Amid the tools used by archaeologists for centuries i.e. trowels, buckets, brushes, and pickaxes, there’s a new piece of equipment, the iPad Pro, as highlighted by Apple in a new feature. “iPad is the perfect archaeology machine,” says Tulane University professor Dr. Allison Emmerson. who was part of the team that pioneered its use to...
Usman Qureshi
47 mins ago