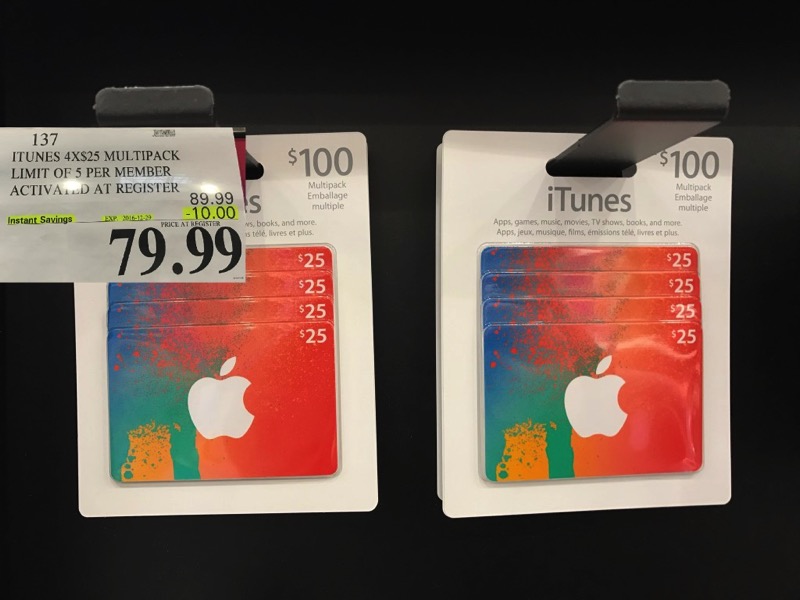 The sale goes from December 26-29, according to the Costco website.

If you want to avoid the craziness known as your local Costco warehouse during the holidays, spending that extra $4 to have these shipped to your home may be worth your sanity.

By using these discounted cards to fund your iTunes account, you’ll be saving 20% (or 16%) off all digital purchases from Apple, whether it’s for apps, in-app purchases, subscriptions, iCloud storage, music, TV shows, movies and more. It’s a no-brainer to buy these discounted cards when they go on sale at Costco. Time to go get some!

Netflix has announced today they are rolling out the ability to great game handles, which are public usernames that can be used across the company’s slate of mobile games on iOS and Android. Supported games will have leaderboards such as Rival Pirates, Dominoes Café and Lucky Luna. How to create your Netflix game handle? It’s […]
Gary Ng
56 mins ago

Apple today started rolling out iOS 16.1 beta 3 for developers, with a public release of the build expected soon. YouTuber zollotech rounded up all of beta 3's changes in a recent video. iOS 16.1 beta 3 comes with a modem update that could resolve connectivity issues for users that were facing any, and other notable...
Nehal Malik
60 mins ago