It looks like Costco.ca is now selling iPhones outright for the first time, with Apple’s aging iPhone SE available starting at $299.99. 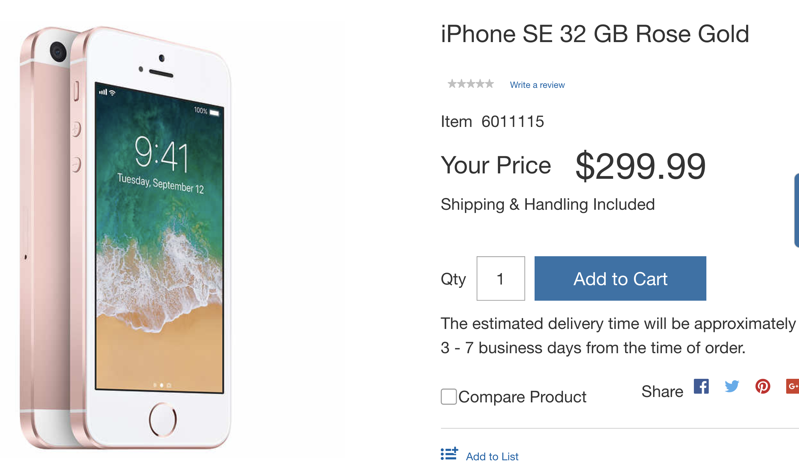 The price includes shipping and handling. The website description also lists these may be available in store. It’s also worth noting there’s a 4x Aeroplan points bonus on Costco.ca right now, which can result in some savings if you’re interested in this.

Costco online sells a variety of Apple products, including iPad, iPad Pro, Apple Watch, Apple TV, and HomePod. But this appears to be the first time we’ve seen iPhones being sold online.

While you’re probably better off buying a newer iPhone, those looking to avoid the used market for the smaller iPhone SE should consider Costco, given its 90-day return policy on electronics, if you’re not satisfied.