Osgoode Councillor George Darouze, who was caught texting behind the wheel during livestream of a city committee meeting on Tuesday, has apologized to Ottawa police so that he can be issued a $615 fine under the Highway Traffic Act, CBC News is reporting. 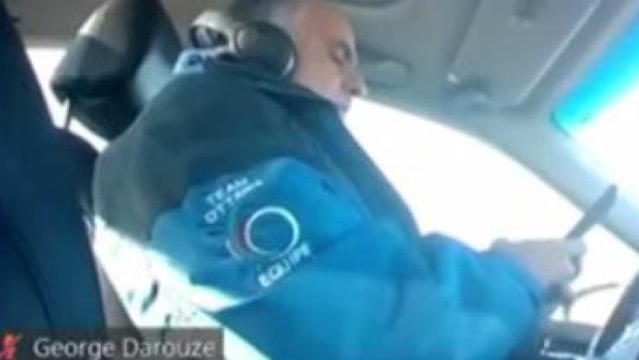 In a letter issued Wednesday and addressed to his constituents, family, and council colleagues, Darouze acknowledged that he “made a poor decision” to get behind the wheel of his car during the Audit Committee meeting.

This morning, I received a letter from Councillor Darouze regarding yesterday’s incident. I appreciate that he acknowledged his error and voluntarily reported to the Ottawa Police Service to pay the fine for his actions.

Attached is his statement: pic.twitter.com/S7kZG6cd9y

“Instead of keeping my eyes on the road, I engaged in texting while driving. I realize these actions were in poor judgement (sic), and I’m disappointed in myself for this behaviour. I know some of you are upset with me and I am truly sorry,” Darouze wrote.

Section 78 of the Highway Traffic Act states: “No person shall drive a motor vehicle on a highway if the display screen of a television, computer or other device in the motor vehicle is visible to the driver.”

Upon first conviction, the penalty for distracted driving is $615 if settled out of court, plus three demerit points and a three-day licence suspension.

Darouze, who is also deputy mayor, went to the Leitrim police station Wednesday morning, where he voluntarily gave them a statement admitting to his actions.