COVID Alert App to Launch in Newfoundland and Labrador in September 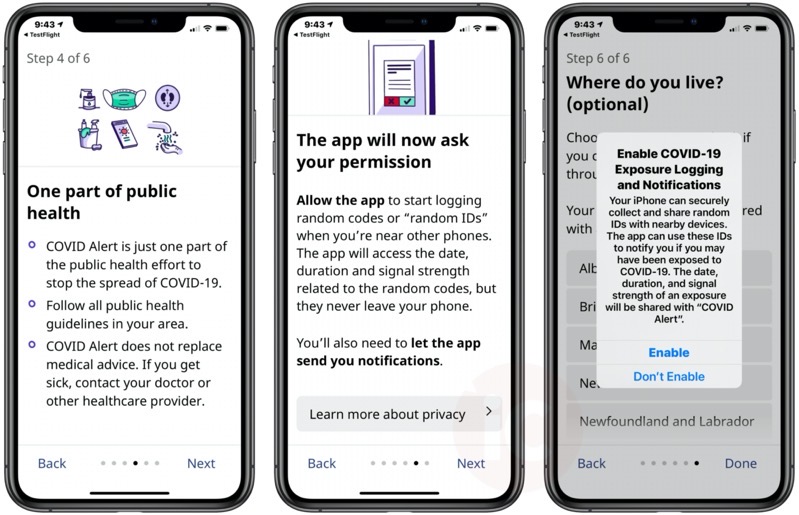 Prime Minister Justin Trudeau previously said the next area of expansion for COVID Alert would be in Atlantic Canada, but provided no timeline for the launch.

However, VOCM News now reports COVID Alert will launch in Newfoundland and Labrador in roughly “three or four weeks,” according to Health Minister Dr. John Haggie.

The health minister said the province is in talks with Ottawa regarding COVID Alert and the roll out of the app.

“Haggie says there was a discussion at the beginning of the pandemic about contact tracing apps, but once NL started to develop their own, it became apparent that the federal government had a particular version that they wanted to use nationwide,” reports VOCM News.

COVID Alert launched in late July in Ontario, but is expected to expand to more provinces and territories soon. The exposure notification app uses an API from Apple and Google to allow for Bluetooth to work in the system background, allowing for anonymous “handshakes” between nearby devices.

If someone tests positive for COVID-19, they can decide if they wish to share their diagnosis with others that were within two metres and 15 minutes of exposure, after first coordinating with local health authorities.