With the release of iOS 15 and iPadOS 15, Apple has made it possible for users to select per-app settings to customize specific apps, without adjusting the settings across their device. A new Apple Support video on YouTube details how to use this feature. 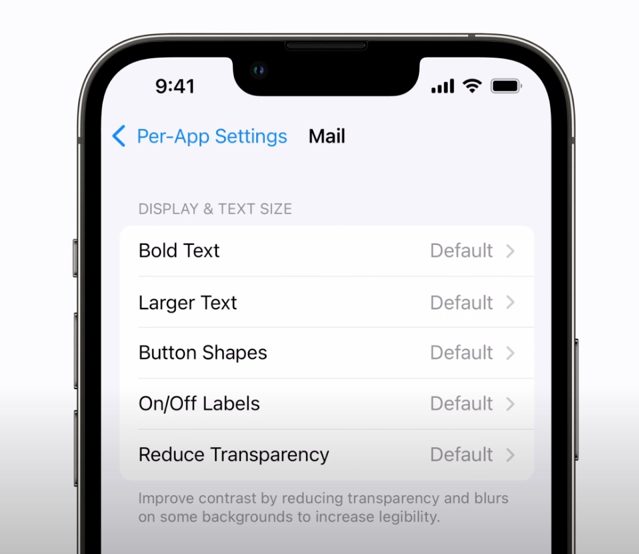 Using the new functionality, you can increase the text size in one app, make the text bold in another, and even invert colours in a third app. Here’s what you need to do:

Check out the following video for a better idea on how to customize accessibility settings for each app individually.