Singer Joe Elliott told the publication there was no rush to jump into streaming, as non-stop touring and steady sales of their albums over the past decade, meant “We were doing OK and we weren’t really missing anything.“ 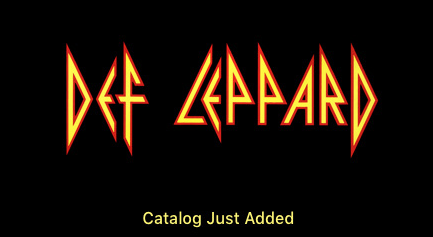 Elliott tells USA Today, “We just had to get our heads around it,” adding “same suspicion anyone has about anything new. The promise of what it can be and what it is is sometimes massively different.”

The band was skeptical of the streaming model, because “You start reading all these stories about (Lady) Gaga and Taylor (Swift) and 10 trillion listens and then they get a check for 50 bucks or something,” explained Elliott, adding “And you think, ‘Well, it’s not really that big a deal.’ ”

When did the band finally decide it was time to jump into the streaming foray? Once they came off the road last summer, as they were “Given a bit of time to sit down and think about it and read and do the research and listen to the right people, things just fell into place,” says Elliott.

The timing of the announcement coincides with their upcoming 60-date tour with Journey this summer.