Apple Pay is currently is available in the U.S. and United Kingdom, but many suspect Canada could be the next destination for the mobile payment, with the Wall Street Journal citing a launch possibly as early as November.

New evidence Canada could get Apple Pay soon comes in the form of a screenshot of Desjardins’ comparison of their Monetico Mobile mobile point-of-sale service for merchants.

The following screenshot posted by iGen.fr shows the Monetico Mobile+ option has down Apple Pay as one method of accepted payment, along with regular magnetic credit cards. The screenshot was supposedly taken on August 27: 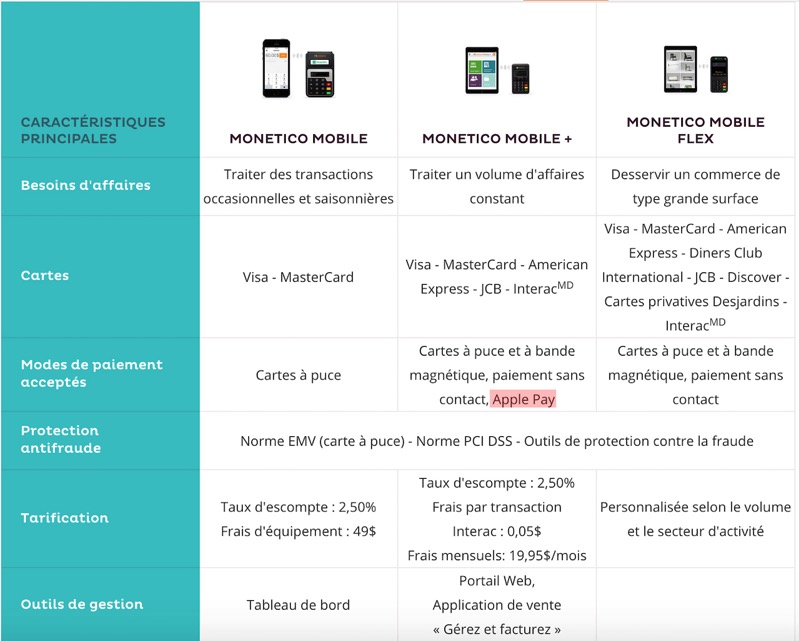 Right now on the Desjardins website, only Monetico Mobile and Monetico Mobile+ are listed as options for merchants, so the screenshot above appears to be either an internal memo detailing the third ‘Mobile Flex’ option, or it could be fake. Below is a screen from the financial group’s current website for comparison: 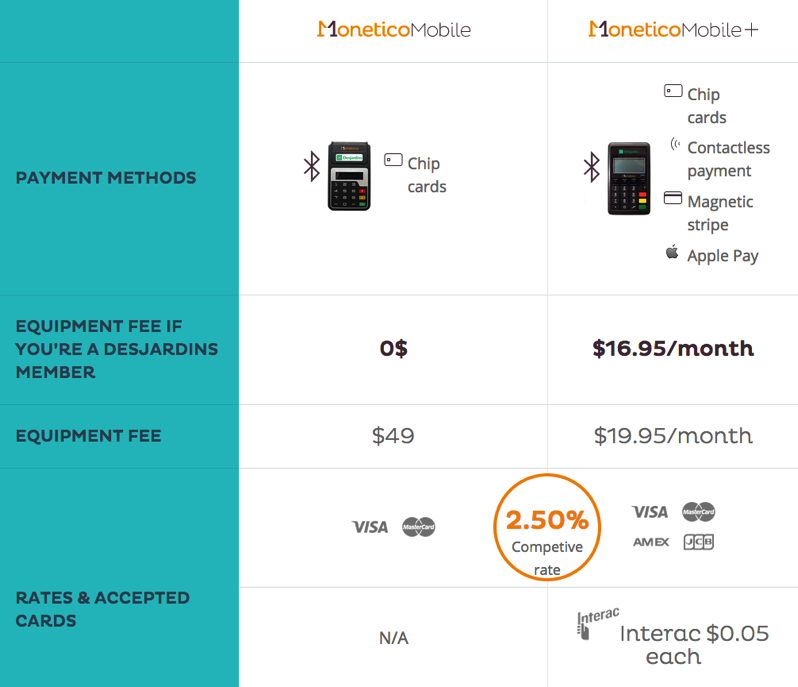 While the mention of Apple Pay support in the comparison chart doesn’t necessarily mean the service is coming to Canada, it is interesting that somebody wrote it down, which would hint it could be true.

Earlier this week, payment processor Moneris started to provide tips to its merchants on how to prepare for the inevitable arrival of Apple Pay.