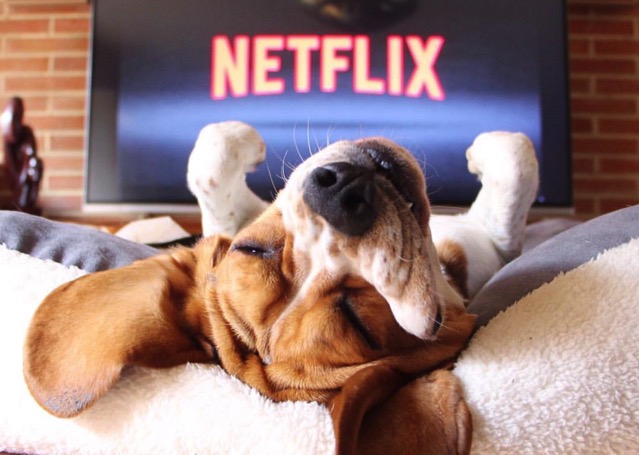 It looks like dogs are now officially the best binge partners to watch Netflix with, as confirmed by a new survey by the video streaming giant. Nearly 60% of survey participants said they enjoy watching Netflix with their pets, with nearly half of them adding they often moved where they were sitting in order to make their pet more comfortable.

“Let’s face it, watching a show with someone else can sometimes have its downsides, like being spoiled or getting cheated on. Not only do pets not hog the remote or judge your entertainment tastes (well, maybe), they make the perfect partners for the company, the cuddles (one in three have turned to their furry friends for comfort during a sad or scary scene) and even the conversation (22% have talked to their pet about the show or movie they were watching).”

The survey also highlights the top 10 shows pets want their owners to binge with:

The survey was conducted by SurveyMonkey from January 9-25, 2018 and based on more than 50,000 responses. Check out the following infographic and share your thoughts in the comments section. 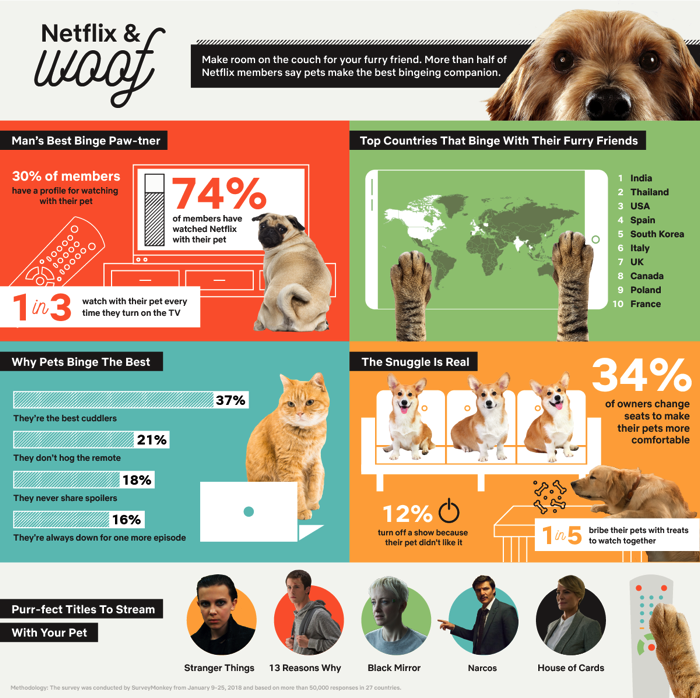