DoorDash, the technology company that connects customers with the best local restaurants by offering door-to-door delivery service, has today announced its expansion into the Greater Toronto Area, delivering from more than 1,000 local restaurants. The company currently operates in more than 600 cities across North America, and four major metropolitan markets in Canada. 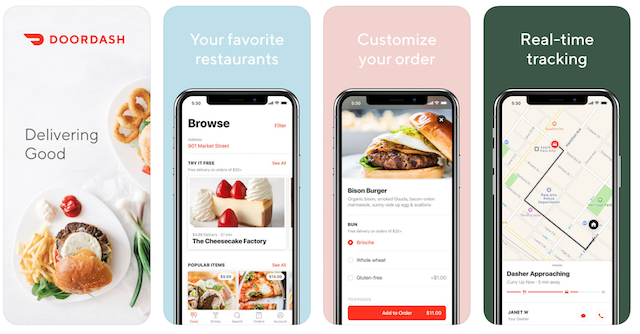 DoorDash will now be available across Halton and Peel regions in Greater Toronto, including the cities of Mississauga, Brampton, Oakville, and Burlington. Customers in these areas can order DoorDash between the hours of 11 a.m. and 10 p.m. from a vast selection of local favourites. Delivery fees at launch will range from free to $2.99.

“We’re very excited to partner with DoorDash as they expand in Mississauga,” said Sam Osmow, Founder and Owner of Osmow’s. “Together with DoorDash we can satisfy our customers’ cravings for delicious Mediterranean food brought directly to their doorstep.”

“The Greater Toronto Area has been highly requested for a while now, and given the success in other Canadian markets it only made sense to expand to the area,” said Tony Xu, CEO, and co-founder of DoorDash. “Not only are we thrilled to launch in the GTA, we are also sharing the love by expanding to Vaughan, Markham, Scarborough, and Richmond Hill as well in March.”

DoorDash is also celebrating the expansion in Greater Toronto by delivering 100 free cheesecakes from Supermoon Japanese Style Cheesecakes on March 7th. Additionally, new DoorDash customers can enjoy $10 off an order of $20 or more with promo code DASHGTA, until March 31st.

You can download the free DoorDash app for iOS at this link.