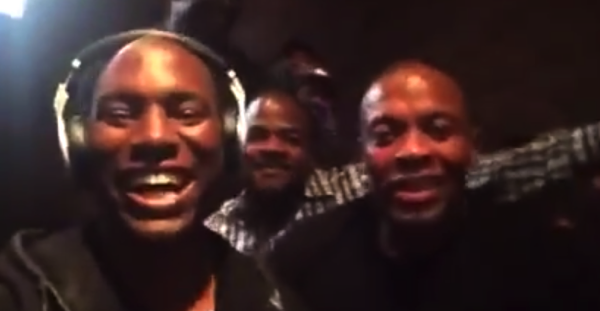 Yesterday The Financial Times dropped a huge scoop, reporting Apple was in talks to acquire Beats Electronics for a reported $3.2 billion deal.

The acquisition and the price of the deal has baffled many but some think it could be a strategic hire for Jimmy Iovine and his connections and vision, according to The New York Post.

If you watch the following interview of Iovine from a recent 2013 interview at D: Dive into Mobile, he does make the case he knows what the future holds for music. This is the same interview where he revealed he tried to sell music subscriptions to Steve Jobs:

Shortened interview below–but you get a sense of what Iovine is all about:

In an early morning video posted to actor Tyrese Gibson’s Facebook page (which was soon pulled), Dr. Dre appears to confirm or allude to Apple’s deal being official, as he’s quoted in the video saying “The first billionaire in hip-hop, right here from the motherf—king West Coast.” If the deal is real, Dr. Dre would surpass P. Diddy as the richest man in hip-hop.

Check out the video below, which is NSFW due to profanities (via The Next Web):

Looks like this ain’t nuthin’ but a gangster party and Dr. Dre might have just spilled the beans.

As for this acquisition I still can’t get over the price—is Beats Electronics really worth $3.2 billion? It might be the only way for Apple to get full access to Iovine’s music connections (Beats headphones have mixed reviews; they are more a trendy accessory; surely Apple could create better ones themselves).

Apple has typically been a conservative and prudent investor when it comes to acquisitions. There must be something bigger about this deal that we’re not seeing. But after watching that Iovine interview again, the music subscription model is looking more and more compelling.

Update: Jon Maples on why Apple is buying Beats–it’s about the music:

It’s pretty clear when it comes to the choice between buying downloads or using a streaming service, customers are beginning to choose streaming. But so far, Apple has sat out of the subscription music trend. After all, the Book of Jobs says that customers wanted to own rather than rent music.

Those days have passed. Apple needed to hedge their bets and get into streaming. But instead of building another bolt-on to iTunes as the company did with their underperforming radio service, Apple decided to speed their way to market by purchasing a hot new service that had a lot of buzz, but hadn’t scaled so much that it was prohibitively expensive. Beats is the most viable of all acquisition targets.