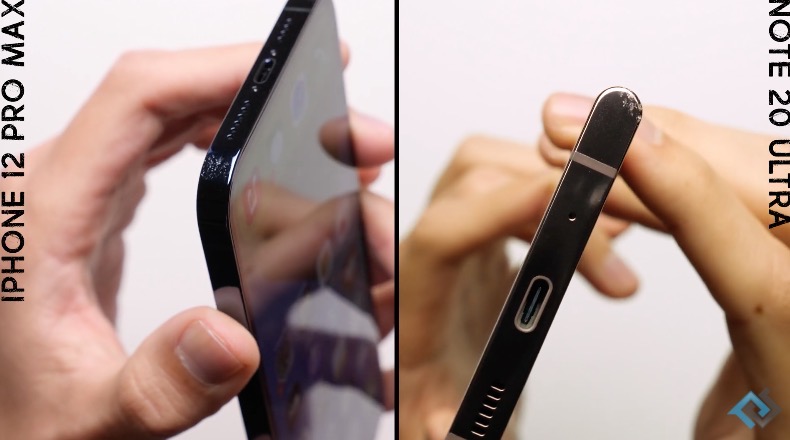 The Ceramic Shield in the iPhone 12 Pro Max again is pretty incredible, surviving multiple drops from various heights. It survived the bonus round of 10 consecutive drops and was fully functional. The Note 20 Ultra was the same.

The final bonus, bonus round of drops from 1.5 metres, onto a concrete block (instead of a smooth surface like the first tests), the Note 20 Ultra screen finally shattered. The iPhone 12 Pro Max was still superior and unbroken.

PhoneBuff says the Ceramic Shield is “the real deal” and the iPhone 12 Pro Max is now the drop test champion for the channel.