Dropbox has updated their iOS app with new features today:

As for the setup with your iPhone camera, all you have to do is visit dropbox.com/connect on your Mac or PC, then point your phone at the screen, which shows a QR code designed like the Dropbox logo. 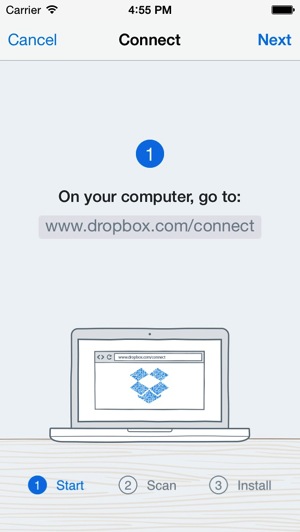 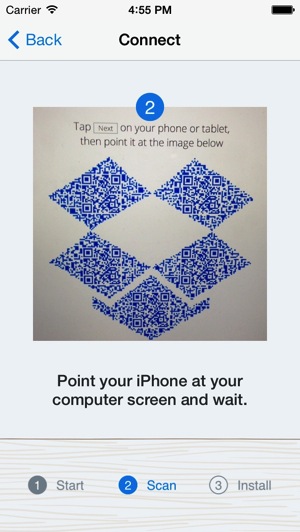 In three simple steps your setup will be complete: 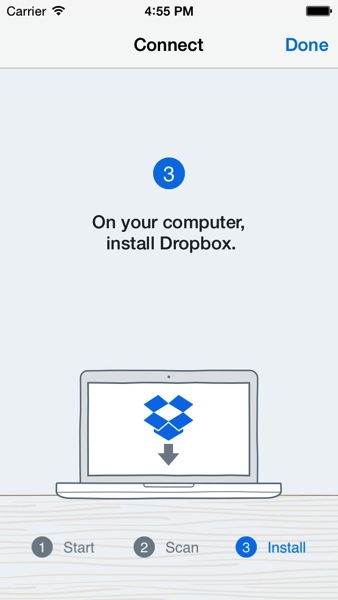