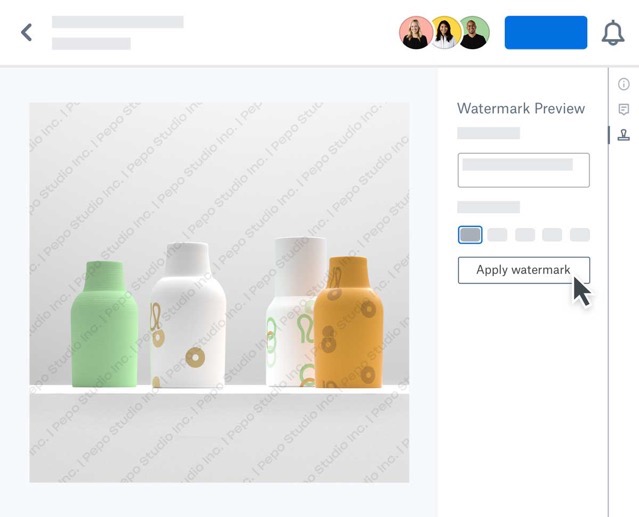 The new and improved Smart Sync feature brings the ability to automatically save hard drive space. After you turn on the new automatic space saving feature, the Dropbox app will look for files in your Dropbox folder that haven’t been opened recently and upload them to cloud to free up drive space.

Smart Sync—complete with the new automatic space saving feature—will now be included with Dropbox Plus.

One popular solution, watermarking, helps people see your work while still keeping the original in your control, and we’re excited to bring it to Dropbox Professional.

On dropbox.com, you’ll have the option to enable watermarking, which will overlay your name and the date on any JPEG, PNG, BMP, or PDF. We’ll show you a preview and let you choose between overwriting your file or saving the watermarked version as a copy.

As for updated storage plans, Dropbox Plus now offers double the storage, going up from 1TB to 2TB, while Dropbox Professional customers now get 3TB of storage for the same price.