E3 2020 Conference is Being Cancelled Due to Coronavirus 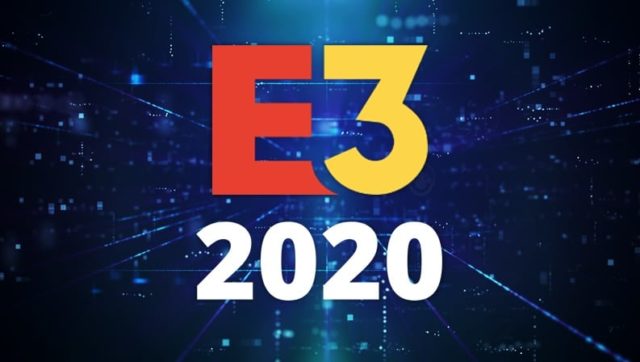 Updated to include an official statement from the ESA.

We’re at a point where all major conventions and trades shows are announcing their cancellation or postponement due to the ongoing spread of COVID-19. For weeks now, all eyes have been on E3 2020, which was still slated to begin on June 9th. The ESA has released an official statement confirming that E3 2020 in its traditional form is cancelled.

An official statement from E3 organizers the Entertainment Software Association was sent to multiple outlets, including GameSpot which said: “After careful consultation with our member companies regarding the health and safety of everyone in our industry–our fans, our employees, our exhibitors and our longtime E3 partners–we have made the difficult decision to cancel E3 2020, scheduled for June 9-11 in Los Angeles.”

The statement continued, “Following increased and overwhelming concerns about the COVID-19 virus, we felt this was the best way to proceed during such an unprecedented global situation. We are very disappointed that we are unable to hold this event for our fans and supporters. But we know it’s the right decision based on the information we have today.”

The ESA also touched on the fact that information regarding “full refunds” for attendees and exhibitors will be discussed. Although the trade show has been cancelled, the ESA is “exploring options with our members to coordinate an online experience to showcase industry announcements and news in June 2020.” How that will unfold has to be seen. Studios and publishers often rely on the E3 press cycle to gain exposure to new announcements, reveals, and hands-on impressions.

E3 has been the premier trade show for the video game industry since its early inception in 1995. The show itself has evolved and now incorporates many online ventures through livestreaming conferences and shows on the convention floor. It has also opened its doors to the public and began selling tickets to enthusiasts outside of the press.

In recent weeks, the ESA had stated that the organization is “monitoring and evaluating the situation daily”. While potentially related, the creative directors of E3, iam8bit, resigned from its position after five weeks on the job.

E3 2020 was already looking to be a bit unconventional this year. With the news that the convention was steering towards a more consumer-focused model, the ESA looked to be shaking things up a bit. Earlier this year, Sony issued a statement that it would not be taking part in E3. In addition, E3 Coliseum host Geoff Keighley announced he would not be hosting the event and attending this year.

Just two months after its launch, OpenAI's ChatGPT has reached 100 million monthly active users making it the fastest-growing consumer app ever, Reuters is reporting. In comparison, it took TikTok about nine months after its global launch to reach 100 million users and Instagram 2 and a half years. According to a UBS study citing data...
Usman Qureshi
20 mins ago

With a $4.28 billion operating loss in Q4, Meta's Reality Labs division recorded a total loss of $13.7 billion in 2022, the company said in its earnings report (via CNBC). Back in 2021, CEO Mark Zuckerberg said Meta's future would be in the metaverse, a digital universe where people will work, shop, play, and learn....
Usman Qureshi
40 mins ago