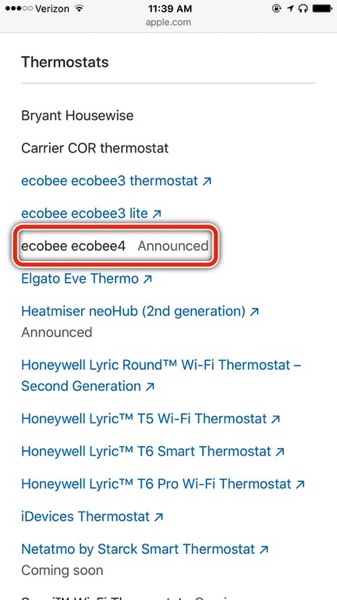 When asked about this at the time, an ecobee representative responded with “We currently sell and support great products like the ecobee3 and ecobee3 lite. As a leading home automation company, we are constantly innovating. However there’s no new information about our product line at this time.”

But leaks came from Dave Katz from Zatz Not Funny, as he found an image of the ecobee4, from FCC documents, which also revealed a rear speaker, plus support for Amazon’s Alexa. 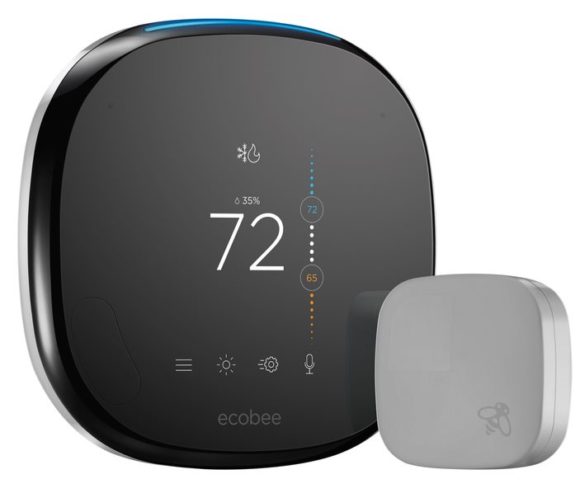 Knowing all of this, it’s no surprise the ecobee4 is coming soon, and today the company teased a new landing page to say “something big” is coming on Wednesday, May 3, while also stating “your answer to a smarter home”: 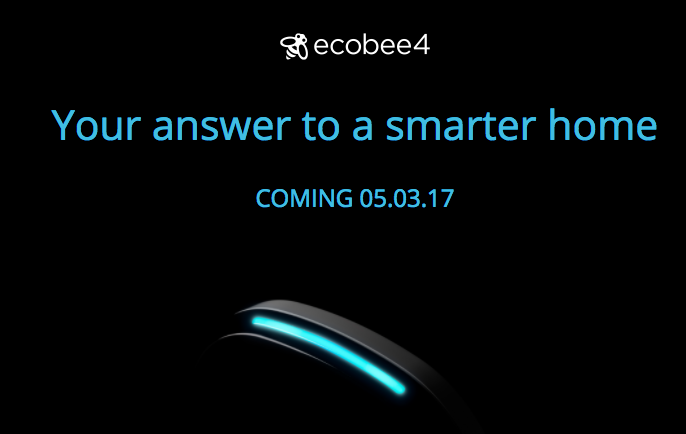 Part of the teaser page shows the top of the upcoming product, which resembles the earlier leak of the ecobee4. The blue ring most likely represents support for Amazon Alexa.

With the ecobee4 around the corner, expect the existing HomeKit-compatible ecobee3 (retails for $299) to possibly see a price cut soon.