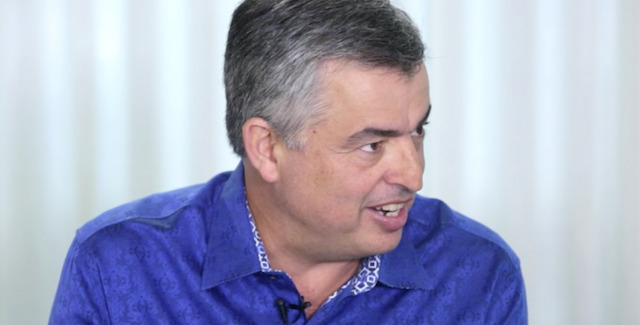 In an exclusive interview with CNN’s senior correspondent Brian Stelter, Apple executive Eddy Cue has detailed what’s different about the new Apple TV, while also showing off the company’s latest set-top box. Cue explains how the new Siri Remote’s touchpad relates to using multitouch on iOS devices, which allows tvOS to become a platform for what Cue calls an “app ecosystem”.

Eddy Cue also notes in his short demo that Siri is a major part of the new Apple TV experience. Using the new Siri Remote, users can search for movies and TV shows across services including iTunes, Netflix, Hulu, and HBO.

Check out the following videos in which Cue shows off the updated features of the new Apple TV:

In another video, Cue says Apple TV is going to revolutionize TV:

Some new Apple TV orders have started shipping in Canada. The device starts at $199 CAD for the entry 32GB model and $269 CAD for the 64GB version.