Apple has started shipping new Apple TV orders in Canada, as we just received notification our pre-order is on its way, for delivery on November 5 (we ordered around 6:30AM PDT three days ago). The new Apple TV officially launches tomorrow in Canada and should be available at Apple retail stores according to sources we’ve spoken to (Update: Best Buy not likely now for tomorrow). 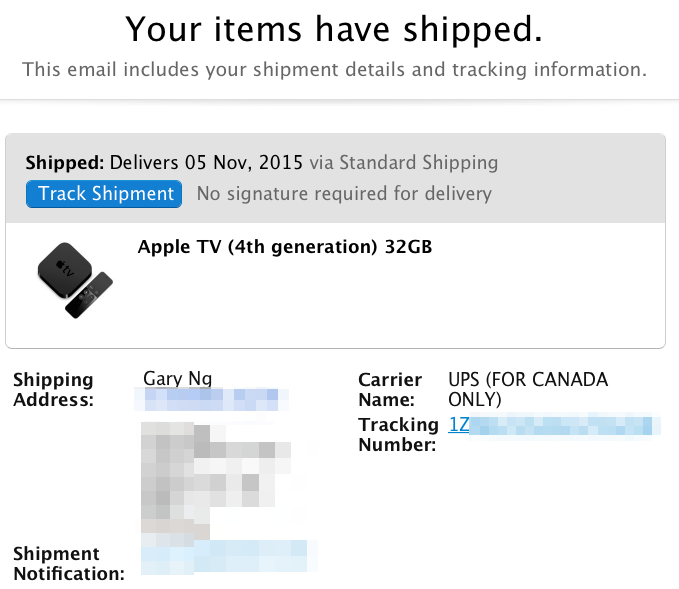 The 4th gen Apple TV starts at $199 for the 32GB version and $269 CAD for the 64GB model. In our unscientific poll asking which version you purchased, 45% of you voted to order the 32GB model, while 39% opted for the 64GB version, while 16% said they were not purchasing a new Apple TV.

Has your new Apple TV shipped yet?