The Future of Music Is Spatial Audio, Not Lossless Says Eddy Cue

After announcing it last month, Apple has just rolled out a lossless service offering high-fidelity music and enabling Spatial Audio, a feature supported by Dolby Atmos that provides a surround sound-like experience for listeners without any extra charges. 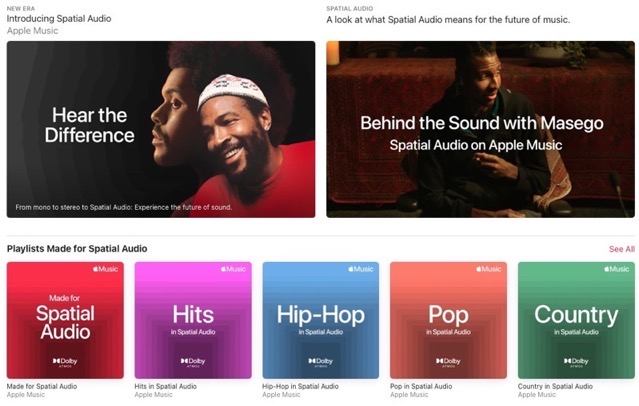 In an exclusive interview with Billboard, Apple’s Eddy Cue discussed lossless and Spatial Audio, which is now available on thousands of songs on Apple Music, noting that rolling out the feature was not as simple as just processing a file.

This is not a simple “take-the-file that you have in stereo, processes through this software application and out comes Dolby Atmos,” Cue said. “This requires somebody who’s a sound engineer, and the artist to sit back and listen, and really make the right calls and what the right things to do are. It’s a process that takes time, but it’s worth it.”

Cue added that in the near future, “every new song that comes out” will be available in Spatial Audio and Dolby Atmos.

“I think we’re going to see certainly every new song that comes out very quickly here in Dolby Atmos, and you’re going to see people going to their back catalogues. We’ve already seen that. We’ve seen it with Taylor Swift and, obviously, Ariana Grande, J. Balvin, The Weeknd, Kacey Musgraves, and Maroon 5. We’re really excited about this.”

Spatial Audio has been available for TV and films on iPhone devices since last year, and on Monday during its WWDC event, the company announced it will be bringing Spatial Audio to FaceTime, its Apple TV 4K, as well as the Mac.