During yesterday’s earnings call, Tesla founder and CEO Elon Musk claimed the electric car maker was on track to become the most valuable company in the world, surpassing Apple one day with a $700 billion market valuation (via CNBC). Tesla’s current market value according to FactSet is $51 billion, while Apple’s current market value is $772 billion after a 27% rally this year. 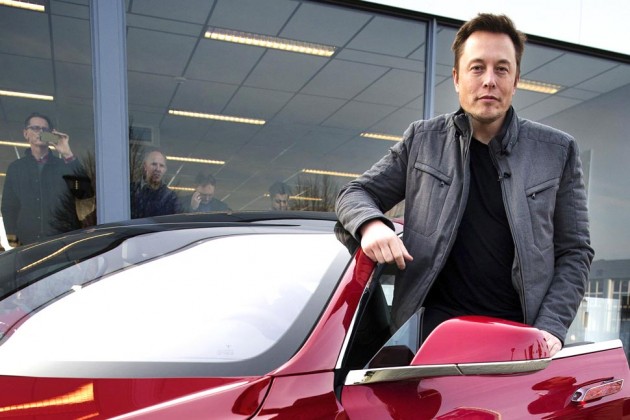 Barclays analyst Brian Johnson asked during the company’s first-quarter conference call yesterday, “A couple years ago when the stock was at $200 … you outlined a scenario where you could get to $700 billion in market cap. That’s about where Apple was at the time. We’re two years later, you’re obviously close to the Model 3 launch, how are you looking at that?”. In reply, Musk said that Tesla can reach that valuation because of pioneering development in robots, software and artificial intelligence:

“Well, now I may want to preface this by of course I could be completely delusional, but I think I see a clear path to that outcome. … The set of steps necessary to achieve that outcome seems pretty obvious. I am heavily involved in Tesla [getting] incredibly good at the machine that builds the machine, which involves, by the way, a tremendous amount of software. This is not just a bunch of robots that are sitting there. It’s the programming of robots and how they interact. And it’s far more complex than the software in the car. I mean, I think, this is just going to be a very difficult thing for other manufacturers to copy. I would not know what to do if I were in their position.”

If Tesla is going to one day be as big or bigger than Apple, Musk says he plans to stick around to see it happen on his watch.