Emojipedia Shares a Sneak Peak at the Upcoming Emoji 12 Revision 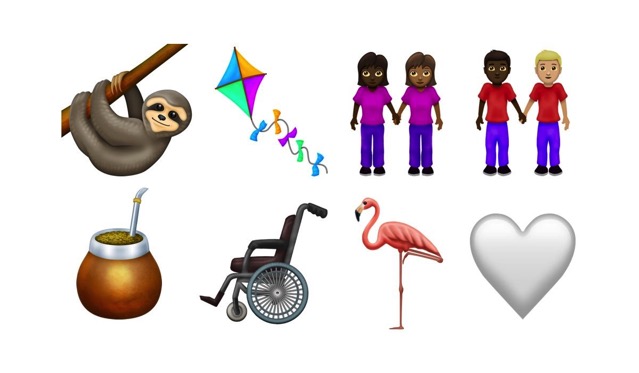 As pointed out by the folks over at Emojipedia, the list of emoji candidates in today’s announcement of Emoji 12.0 beta has given us a preview of what we can expect in the final emoji list of 2019. In addition to focusing on gender and skin tone combinations, the release will include new emojis, including flamingo, white heart, kite, and sloth.

Included in this announcement from Unicode is a hint toward a more diverse emoji keyboard.

Support for black family emojis has been high on the list of priorities for Emojipedia users for quite some time. The yellow family emojis, while intended to be neutral (or non-human as Unicode defines it), are perceived by many to be effectively-white.

Version 12.0 now lists the Family emoji as a “modifier base” for skin tones. This means that skin tone support is Recommended for General Interchange (RGI) for this emoji.

Scheduled for release in March 2019, the Emoji 12 revision is also expected to include accessibility-related emojis proposed by Apple earlier this year, which include people in wheelchairs, a service dog, a mechanical arm and leg, among others.

As with any emoji update, however, it will take some time before Apple, Google, and Samsung begin adding support for the latest release.

Final decisions about Emoji 12.0 will be made at the next Unicode Technical Committee meeting January.

[caption id="attachment_389637" align="aligncenter" width="1024"] Image: OpenAI[/caption] ChatGPT creator OpenAI today announced the launch of a new "classifier" designed to detect machine-written text. "We’ve trained a classifier to distinguish between text written by a human and text written by AIs from a variety of providers," the company said. While the company's AI-powered chatbot has taken the...
Nehal Malik
19 hours ago