Epic Games Pays Apple $6 Million as Ordered by the Court 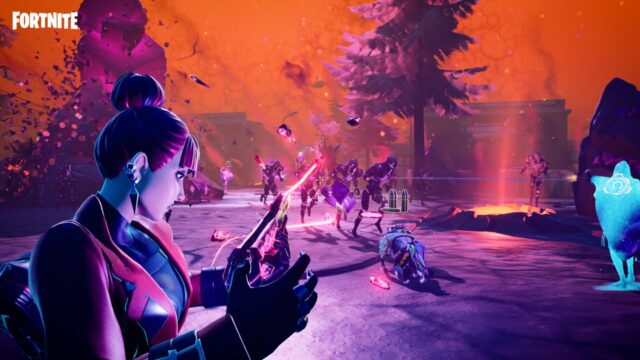 Following the conclusion of the trial between Fortnite developer Epic Games and Apple, Epic has paid Apple $6 million in royalties, as confirmed by company CEO Tim Sweeney.

This past Friday, Judge Yvonne Gonzalez Rogers ruled in favour of Apple in nine out of the ten counts that Epic brought forward to the court. Following a long trial period between the two companies, Epic Games was ordered to pay $6 million to Apple. Although Epic Games had recently filed an appeal over the weekend, the company did pay Apple what it was due.

On Twitter, Sweeney published a post clarifying that the company had paid the required $6 million to Apple. Of course, he did so with a bit of tongue and cheek in his post. Alongside the confirmation, Sweeney included a photo of the Apple Pay symbol.

This entire order stemmed from Epic Games introducing an alternative in-app payment system into Fortnite on iOS and Android. This served as a way to bypass Apple’s 30-percent commission cut the company sees on any subscription fees or microtransactions made within an app or game on the App Store. Apple quickly retaliated by pulling Fortnite off the App Store and disabling all Epic Games developer accounts. Epic Games then filed a lawsuit against Apple.

Although Judge Yvonne Gonzalez Rogers did heavily rule in favour of Apple, the company will be required to allow developers and publishers to introduce external links to websites for in-app purchases in all apps within the App Store.

Cloudflare today announced Zero Trust SIM, a security eSIM designed to provide phone-level protection and data privacy to smartphone users, corporations looking to secure their employees' phones, and carriers selling data services. Zero Trust SIM secures all data packets sent by a smartphone and is locked to the device it is assigned to as a...
Nehal Malik
1 min ago