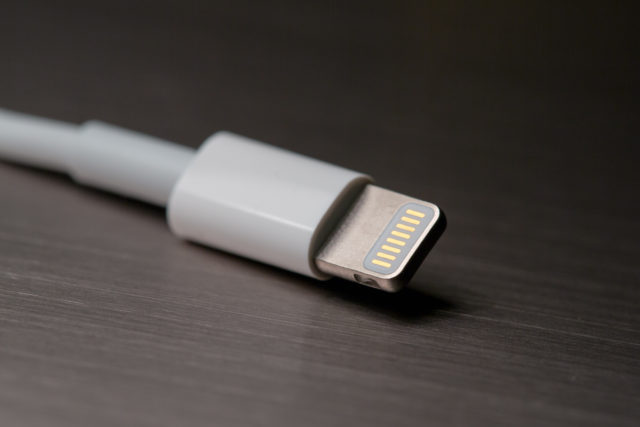 The European Parliament has successfully voted on a proposal that sees the enforcement of USB-C adoption. As such, consumer electronic devices such as smartphones and wireless headphones are required to implement USB-C charging ports by the end of 2024. Therefore, Apple is forced to transition away from its Lightning connectivity in both its iPhone and AirPods.

This proposal is not exclusive to Apple. Any consumer electronic company selling its devices in Europe will be forced to adapt. A vote was made in order to set a new standard of practice and ensure there is a wide range of devices utilizing USB-C. As reported by Reuters, this vote on a “common port” is a world first and will undoubtedly impact other regions.

The proposal saw overwhelming positivity. The European Parliament received 602 votes in favour and a mere 13 votes against the proposal. Eight abstained from voting, however. Many believe that by passing this new law, there will be a reduction in waste. Additionally, consumers will now have more convenient means to charge their devices.

“By the end of 2024, all mobile phones, tablets and cameras sold in the EU will have to be equipped with a USB Type-C charging port. From spring 2026, the obligation will extend to laptops. The new law, adopted by plenary on Tuesday with 602 votes in favour, 13 against and 8 abstentions, is part of a broader EU effort to reduce e-waste and to empower consumers to make more sustainable choices.

Under the new rules, consumers will no longer need a different charger every time they purchase a new device, as they will be able to use one single charger for a whole range of small and medium-sized portable electronic devices.

Regardless of their manufacturer, all new mobile phones, tablets, digital cameras, headphones and headsets, handheld videogame consoles and portable speakers, e-readers, keyboards, mice, portable navigation systems, earbuds and laptops that are rechargeable via a wired cable, operating with a power delivery of up to 100 Watts, will have to be equipped with a USB Type-C port.

All devices that support fast charging will now have the same charging speed, allowing users to charge their devices at the same speed with any compatible charger.”

While Apple will be forced to adopt USB-C as it largely still uses its Lightning connection across many of its devices. iPhone and AirPods will both have to transition over to the “common port.” However, the new law does not apply to every consumer device. Those where a USB-C port would be deemed too small are exempt. Therefore, smartwatches, trackers, and other sports equipment will not be forced to use USB-C for the time being.

Other companies such as Samsung and Huawei will also be impacted due to the use of various charging ports outside of USB-C across e-readers, headphones, etc.

The European Commission estimates that the “common port” can save about 250 million euros ($328.7 million CAD) for consumers.

Apple analyst Ming-Chi Kuo earlier predicted that Apple is on the verge of transitioning toward the use of USB-C for the iPhone by 2023. In this case, iPhone 15 will be developed and sold in accordance with the new law in the EU.