Facebook has announced it now has 2 billion monthly active users, a staggering milestone for the social network. CEO Mark Zuckerberg made the announcement on Facebook earlier this morning, saying:

As of this morning, the Facebook community is now officially 2 billion people!
We’re making progress connecting the world, and now let’s bring the world closer together.
It’s an honor to be on this journey with you.

According to a company blog post, every day there are “more than 175 million people share a Love reaction, and on average, over 800 million people like something on Facebook.” There are over 1 billion people who use Groups every month.

Facebook says they will debut new “personalized experiences” this week. For example, after someone reacts with ‘love’ to a friend’s post, writes happy birthday, or creates a new group, Facebook will show a thank you message in their News Feed. 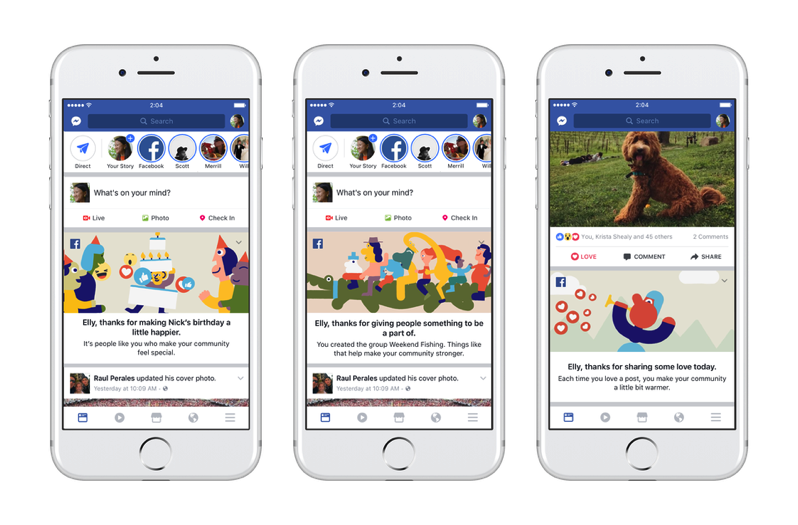 The social network says their mission is to “bring the world closer together” and to “continue to build products that allow people to connect with one another, regardless of where they live or what language they speak.”

As for Canadian data, Facebook recently shared there are 23 million people on the social network here, plus 8.5 million on Instagram.

For a detailed look at how Facebook planned their vision to grow the social network, Fast Company has an in-depth look and interview with key people that helped make it happen.