As for some interesting Facebook stats the social network told iPhone in Canada via email:

Instagram users love to share pictures of their food, and the “most Instagrammed restaurants” were shared for Canada’s biggest cities, listed below in order of popularity:

An infographic was also created to share more data, including the most popular Canadian landmarks, popular Instagram accounts and most used hashtags: 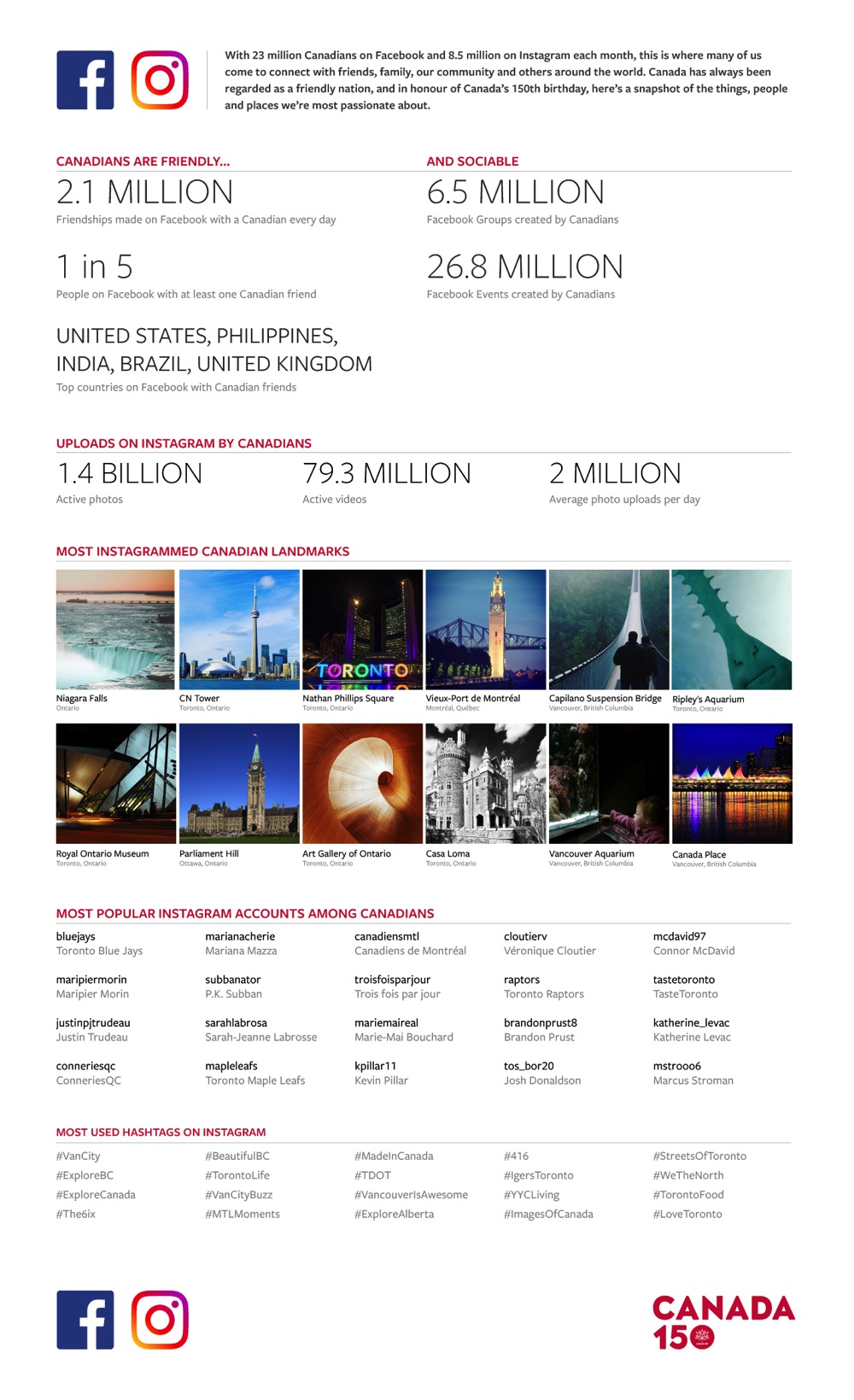