Facebook has today announced an update for Android users that is primarily focused on giving users more control over how they share their location information. The company says it has not made any changes to the choices users have previously made nor is it collecting any new information as a result of today’s update. 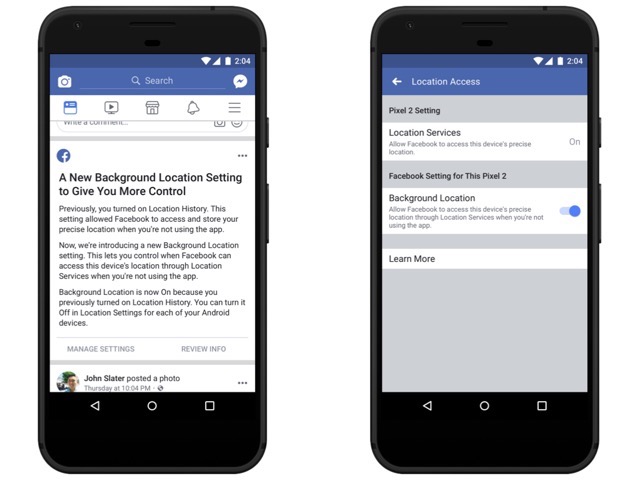 Starting today, Facebook is adding a new background location control on Facebook for Android which allows them to stop sharing location data when the app is not running.

One example is while using the Nearby Friends feature, that allows friends to share their locations with each other. Users give Facebook permission to access their location even when they’re not using the app.

Until today, people using these features were asked to enable Location History. If you enabled this setting, two things happened: you would share your location when you weren’t using the app and you would allow Facebook to store a history of your precise locations. With this update, you’ll have a dedicated way to choose whether or not to share your location when you aren’t using the app.

Facebook app users on Android who chose to turn on Location History in the past, will be receiving prompts letting them know about the new control and asking them whether they want to make any changes. Meanwhile, nothing is changing for Facebook iOS users.