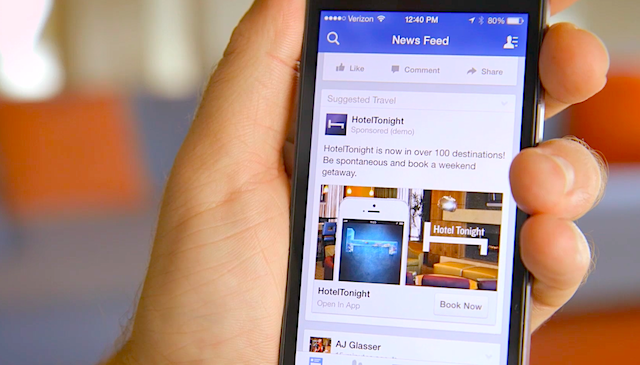 The folks over at Overthought.org claim to have identified the impact of Facebook app on iPhone’s battery life through use of the popular social media app on multiple iOS devices, revealing that the Facebook app flickers between active and inactive states throughout the day, draining device’s battery faster. According to ComputerWorld, disabling Location Services and Background App Refresh for Facebook significantly improves battery life.

“I decided to run the app Instruments from Xcode, Apple’s developer tool, in order to see what the problem was. Basically, Instruments acts as an Activity Monitor for your iPhone, allowing developers (or nerds like me) to see every process currently running and how much memory and processing power each app is using in real-time.

“During this testing, Facebook kept jumping up on the process list even though I wasn’t using it. So I tried disabling Location Services and Background App Refresh for Facebook, and you’ll never guess what happened: my battery percentage increased. It jumped from 12 percent to 17 percent. Crazy. I’ve never seen that happen before on an iPhone.”

Detailing why the Facebook behaves the way it does, the source notes that the company is known to be attempting to push forward plans to put its own calling services on top of every device. Just like Skype, Viber, WhatsApp and Tango apps that can make or receive calls, the Facebook app is also able to check for incoming calls without notifying the user.

“It is clear Facebook attaches huge importance to its attempt to become the world’s biggest communication platform — why else did it spend all that money on WhatsApp? Why else did it recently add free Wi-Fi calling to Facebook Messenger?”

So, by constantly monitoring for new communications, Facebook seems to be abusing the fact that they have VOIP call features to run in the background more than they should.

New Twitter owner Elon Musk confirms that the revamped Twitter Blue verification system is to launch a week from today. On December 2nd, Twitter will begin manually verifying paid Twitter Blue subscribers. As part of this new system, two new verification checkmark colours will be introduced alongside the standard Blue. In a tweet, Musk revealed...
Steve Vegvari
11 mins ago