Facebook will soon be implementing several features across its various platforms to protect its younger users. 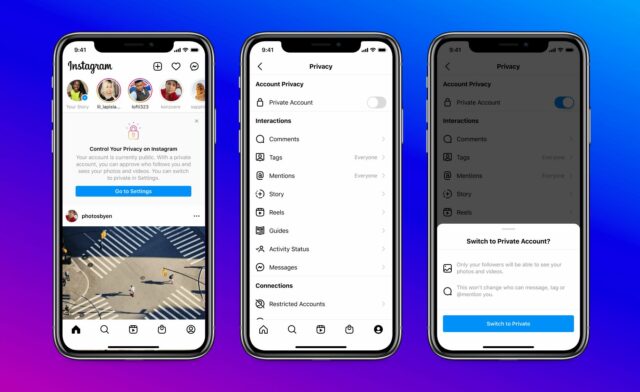 Facebook will stop allowing advertisers to target ads to teenage users across its platforms, including Instagram and Facebook Messenger, based on the users’ activity on other apps and websites, the social media giant said Tuesday.

Advertisers will only be able to target ads to users under 18 based on their age, gender and location, reads a blog post from the company. The new policy limits them from using previously available information, such as what a user is searching or shopping for through a different website or app, to target specific ads.

Additionally, starting this week, when kids under 16 join Instagram, their accounts will be made private automatically, meaning their posts will only be visible to people they allow to follow them. Teens who already have public Instagram accounts will see notifications about the benefits of private accounts and how to switch.

Instagram is also taking steps to prevent what it calls “unwanted contact from adults.” It says adults who, while not breaking Instagram’s rules, have shown “potentially suspicious behavior” — such as if they’ve been blocked or reported by young people — will have limited ability to interact with and follow teens.

For example, they won’t see teenagers’ posts among the recommendations in Instagram’s Explore and Reels sections, and Instagram won’t suggest they follow teens’ accounts. If these adults search for specific teens by user name, they won’t be able to follow them, and they’ll be blocked from commenting on teens’ posts.

The update will begin “in a few weeks,” and the age cut-off may be older than 18 in certain countries, according to the company’s announcement.

The changes come as the Facebook-owned photo-sharing app is under pressure from lawmakers, regulators, parents and child-safety advocates worried about the impact of social media on kids’ safety, privacy and mental health.