If you like to send photos within Messenger, Facebook will now let you send images in 4K resolution, as it assist in “bringing your conversations to life”:

We’re making significant investments in how people communicate visually on Messenger. That’s why today, we’re excited to share that people can send and receive photos in Messenger at 4K resolution — or up to 4,096 x 4,096 pixels per image — the highest quality many smartphones support. We heard that people want to send and receive high resolution photos in Messenger — and considering people send more than 17 billion photos through Messenger every month — we’re making your conversations richer, sharper, and better than ever. 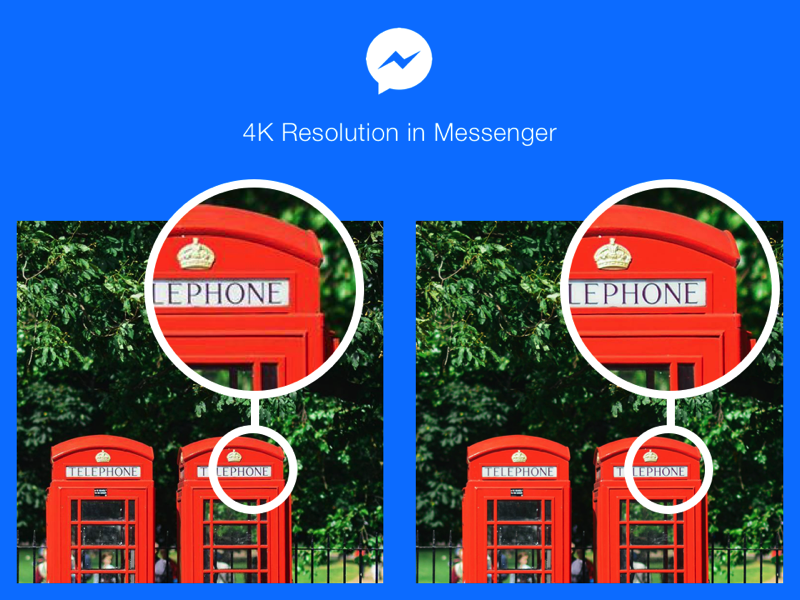 Facebook says the update is rolling out today for iPhone and Android users in Canada, along with the US, France, Australia, the UK, Singapore, Hong Kong, Japan, and South Korea, with more countries added “in the coming weeks.” Users just need to ensure they have the latest Messenger update to try this new feature.

The social network says “Your photos will also be sent just as quickly before, even at this new, higher resolution.”

According to a ruling from the National Labor Relations Board (NLRB), Apple deployed illegal means to suppress unionization in Atlanta this year, Bloomberg is reporting (via MacWorld). The NLRB said that Apple violated federal law by “interrogating and coercing” employees, discriminating against union supporters, and holding mandatory anti-union meetings. While the labor board has no power...
Usman Qureshi
28 mins ago

Citing two sources close to the Indian government, a report by CNBC News is claiming that India is exploring options to bring some of Apple’s iPad production to the country from China. The officials are said to be in discussions with Apple executives regarding the proposal, the sources said. The Cupertino giant, which has been producing...
Usman Qureshi
51 mins ago