Facebook Messenger now lets you unsend or delete messages within individual or group chats, up to 10 minutes after sending them. The feature is available now in Canada and worldwide for iOS and Android users, rolling out today. 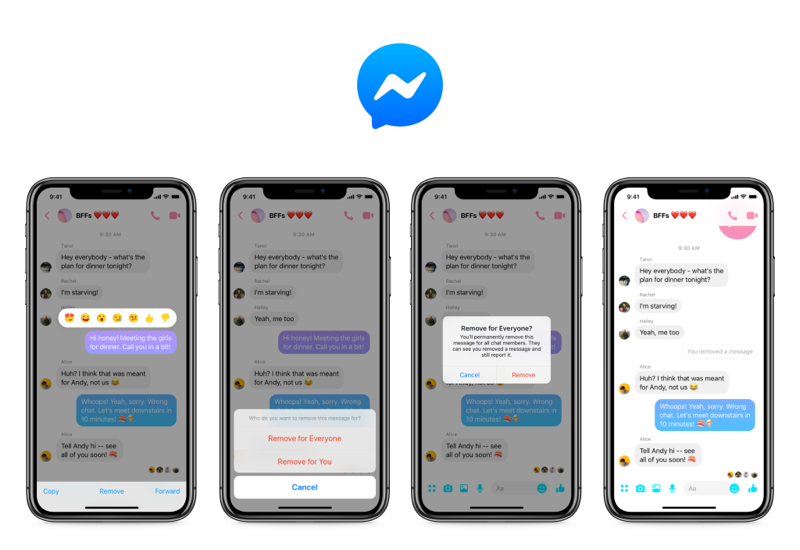 How to unsend a message? Just tap on the message you want to delete, then select ‘Remove for You’ or ‘Remove for Everyone’. Once complete, everyone in your chat will be notified the message has been deleted. Users have up to 10 minutes to ‘undo’ a message after it’s been sent.

Facebook told iPhone in Canada in a statement, “We will be closely monitoring user feedback and behaviour around this feature and we may explore different timeframes in the future as needed.”

The social network says most Messenger users usually delete messages within a minute of sending them, so the 10 minute time limit set should provide ample time for now.